Last week's historic debate at Westminster demanding that the UK recognise Jewish refugees from Arab lands has been reported in the Israeli and Jewish press. The Times of Israel (via JTA) reports (with thanks: Imre):

JTA — A British lawmaker called on the UK government to recognize the plight of Jews forced to flee their homes in Arab countries during the 20th century. 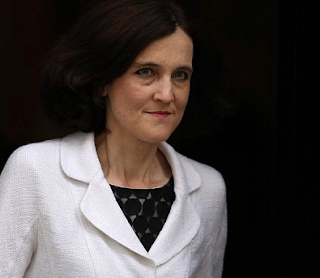 Theresa Villiers, who represents the Conservative Party, said the government should acknowledge Jewish refugees when discussing the Middle East and urged fellow Parliament members to support efforts to preserve Jewish sites in the region, the Jewish Chronicle reported Monday.

Some 850,000 Jews were forced to flee their home countries in the Middle East and North Africa following the establishment of the State of Israel.