On this day, music master 'Cheikh' Raymond was shot

On 22 June 1961, while shopping in the market with his daughter, the great music master Raymond Leyris was shot in the neck in the Algerian town of Constantine. The murder, by the pro-independence FLN, shocked the Jews of Constantine and precipitated their exodus. Within a year almost all the Jews of Algeria had fled. 'Cheikh' Raymond's granddaughter Alexandra wrote this  tribute in Tribune Juive :
(with thanks: Michelle): 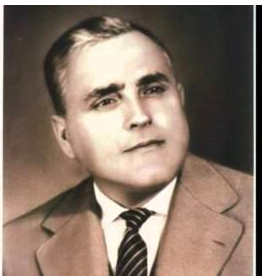 A master of Arab-Andalusian music, he was a symbol of Judeo-Arab fraternity which was expressed in music between the 1930s and 1950s. Raymond Leyris was born in 1912 of a Jewish father from Batna, the capital of Aurès and a French mother. He was abandoned by his mother, following the death of his father on the Somme front, during the First World War, and  adopted by a very poor practising Jewish family.

Attracted by music, he trained at  malouf with Sheikhs Omar Chaklab and Abdelkrim Bestandji. Malouf is the Constantine form of music from the Arab-Andalusian musical tradition. A heritage common to Muslims and Jews, the malouf celebrates courtly love. Gradually becoming a match for his masters, Cheikh Raymond  was respected by both Jews and Muslims in Algeria, who called him in the mid-1930s "Cheikh Raymond" as a sign of respect.
Rare video clip showing Raymond Leyris and his ensemble playing 'malouf'
Read article in full (French)