Jewish refugees to be debated at Westminster

The UK Parliament is for the first time to devote an hour-long debate to Jewish refugees from the Middle East and North Africa. The debate has been called by MP Theresa Villiers and will take place on Wednesday 19 June at 16:30 in Westminster Hall. 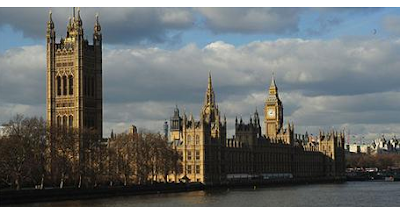 "This is a neglected aspect of the Israel/Palestine conflict and this debate is a long-overdue  attempt to give this issue equal prominence with the far more familiar issue of Arab/Palestinian refugees," says Lyn Julius of Harif, a UK organisation representing Jews from the MENA.

Some 850,000 – a larger number of Jewish refugees – were driven out from Arab countries at the same time. The majority found a new home in Israel, but some tens of thousands were resettled in the UK .

In 1947-48 (and in some cases much earlier) Arab countries deliberately targeted their Jewish populations. In all Arab countries, violence, expropriations and expulsions ensured that Jewish communities, which in many cases had existed for thousands of years, ceased to exist. Most who left were forcibly deprived of their property.
·
At the time this injustice was recognised by international actors: the UN High Commission for Refugees (UNHCR) recognised on a number of occasions that the plight of the Jewish refugees fell within its remit. This is also why UNSC Resolution 242 refers to “a just settlement of the refugee problem” without specifying the “Arab” or “Palestinian” refugee problem.

Some countries today, namely the US and Canada,  have also recognised this refugee issue as the injustice it is.

Over 50 percent of the Israeli Jewish population has roots in Arab and Muslim countries. A peace settlement that ignores their rights to recognition and redress will not be credible.

It is hoped that as a result of the debate the  British government will take steps to recognise the injustice that was suffered by more than 800,000 Jewish refugees from Arab countries, and to ensure that it recognises this tragedy alongside that of the Palestinian refugees in its stance on the Middle Eastern peace process.