Amir Ohana is Israel's first openly gay minister; he is also the son of Esther and Meir, who came from Morocco to build the Jewish state. Matti Friedman profiles Israel's new minister of justice in the New York Times: 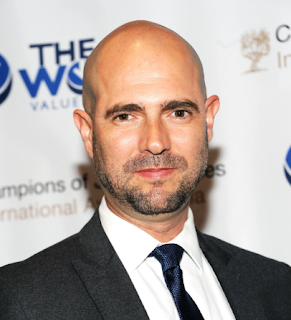 Israelis sometimes speak about two Israels: one Western-oriented and left-leaning, with roots in Eastern Europe, and the other working-class, traditional and rooted in the lost Jewish communities of the Islamic world.

Although Mr. Ohana grew up in the middle class, in that simplified division his North African last name and family background place him in the second Israel. Mr. Ohana’s parents were raised in Morocco. Along with many other Arabic-speaking Jews who came to Israel, they landed in rough immigration camps in the southern desert, then fashioned new lives for themselves against steep odds.

The Ohanas’ social world was conservative, and their dusty city was far from the sexually liberal bubble of Tel Aviv; there weren’t many openly gay people around Beersheba in 1991. Having a gay son wasn’t something they’d planned.

But when he was 15, Mr. Ohana told his parents the truth. “That was me and there was nothing I could do about it,” he told me recently. “I couldn’t change and I didn’t want to.” They took it, he remembered, “very badly.”

When Mr. Ohana was 18 he joined the army, serving as an officer in the military police. He was discharged in 2000, as peace negotiations collapsed and the Second Intifada began. He then joined a Shin Bet intelligence outfit tasked with stopping the Palestinian suicide bombings and other attacks wreaking havoc on Israeli streets.

Polls show that Israelis of Mr. Ohana’s generation and younger are drawn increasingly to the right. (He says he was always there.) He spent six years in the security service, studying law at night.