Moses Elisaf, the head of the tiny Jewish community in the northern Greek city of Ioannina, was elected mayor in local elections on Sunday, reportedly becoming the country’s first-ever Jewish mayor. The Times of Israel reports: 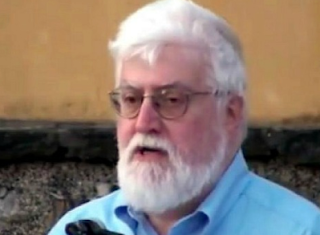 Elisaf received 50.33 percent of the vote, narrowly beating incumbent mayor Thomas Bega, who got 49.67%, the Ekathimerini newspaper reported. According to the paper, this is first time that modern Greece has seen a Jew elected mayor. Elisaf, a professor of pathology at the local university, has been the head of the local Jewish community for 17 years, and formerly also served as the head of the Central Board of Jewish Communities in Greece. [....]

These Jews became known as the Romaniotes, speaking their own language, Yevanic, or Judeo-Greek, a version of Greek infused with Hebrew and written with the Hebrew script.

Read article in full
Posted by bataween at Thursday, June 06, 2019

Email ThisBlogThis!Share to TwitterShare to FacebookShare to Pinterest
Labels: Jews of Greece