'Deal of the century' must include Jewish refugees

For the sake of truth and justice, Donald Trump's 'deal of the century' must include the issue of Jewish refugees from Arab countries.  This could also be politically astute, given that over half Israel's population has roots in Arab and Muslim lands. David Dangoor writes in JNS News: 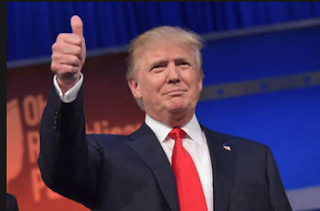 Over the next few weeks, U.S. President Donald Trump will put forward a new plan to resuscitate the almost moribund peace process. Dubbed “the deal of the century,” it is supposed to be an attempt to arrive at a deal that takes into account and solves all of the outstanding issues.

The first stage of the plan is the convening of an “economic workshop” in Bahrain to get countries and businessmen from around the world to invest in the peace deal. Precious few other details have been released about what is seen to be a holistic deal.

However, if it is to succeed in ending the conflict and dealing with issues of justice and compensation, the issue of the Jewish refugees must be an important element of it. Perhaps it could borrow from the peace talks at Camp David in July 2000, when U.S. President Bill Clinton put into what would become known as the “Clinton Parameters” the idea of an international fund to compensate both Palestinian and Jewish refugees.

Either way, it is not just a matter of correcting a historic injustice, it could also be politically astute to include the Jewish refugee issue when presenting the plan to Israelis. More than half of all Israeli Jews have roots in the Middle East and North Africa, and all have stories of how they were forced out of lands their families and communities had lived in, sometimes for millennia, without much more than the clothes on their back.

Jews with tremendous assets and businesses in places like Baghdad and Cairo were rendered paupers nearly overnight. Some estimates have placed the lost communal and personal assets of Jewish communities in the Middle East and North Africa at $250 billion in today’s figures.

Obviously what was lost will not be reclaimed, but it is vital that there be redress. If there is, then those who were forced to flee their homes and communities, as well as their descendants, will feel their grievances are being taken seriously and will view the U.S. plan more favorably as a result.

For the “deal of the century” to succeed, it must deal with all the outstanding issues raised over the past century, including the forgotten issue—the Jewish refugees from the Middle East and North Africa.

This is very important but if the subject comes up during negotiations, all Arab delegations have to participate since the local arabs don't have any control over what their brothers do in Iraq and Egypt etc. Also, if the Israelis refuse to bring up the subject of Palestinian Jewish refugees as well, then might as well not bring up any Jewish refugees at all.

As I have suggested before, there needs to be a "material claims conference" against the Arab League. Also, American and Israeli Law (e.g. US House Resolution 185) requires the issue of Jewish Refugees be brought up in any peace negotiations.

June 05, 2019
All this empty verbiage about what "palestinians" Arabs/Muslims "need to do","must do" "have to do" etc. reveal an authentic victims' mentality: However well-intended their authors may be.The same applies to fancy legalistic & diplomatic talk about "negotiations,material claims conference, U.S. House Resolutions" et al. Whether it's East or West of Suez, along the Nile, between the Tigris-Euphrates, On Kipling's old North-West frontier {a.k.a. India/Pakistan/Afghanistan}, or the enormous sharia administered public housing projects of the U.K. Paris, Nice, Lyons, Germany,Toronto, Belgium, Holland, Milwaukee, Malmo {Sweden} etc the loud guffaws at their host societies' self delusion, judgment of fools weakness & masochism never stops, especially around the time of Ramadan, when the behavior of the "faithful" becomes even more dysfunctional than usual.Which those who have to deal with on a daily basis know full well. There is only one "language" they understand, no matter what they look like, no matter their language or local culture, choice of head-gear or mannerisms. "Behavior mod" on the grand scale. When they act-up, they pay back, whether it's loss of territory, deportation, sanctions, or withdrawal of the host society's public funding, that's a language they understand. WE have no other choices left in dealing with them. Especially we poor fools in the Diaspora ! GOOGLE: Norman L. Roth

The Museum of the Sefardi World, MUSSEF, to open in a while in Paris, will show to thousands of visitors from all over the world that there was 900,000 Jewish refugees from Arab countries as compared with only 600,000 Arab refugees from Palestine.
Become friends of Mussef
www.amussef.org