With thanks: Edwin, Yoel

Two Iraqis have recently been honoured for advocating normal relations between Iraq and Israel. The American Jewish Committee meeting in the US chose Iraqi ex-MP Mithal al-Alusi to receive its Jan Karski award, named after a member of the wartime Polish resistance who tried to warn Franklin D Roosevelt of the Holocaust befalling European Jewry. Sarah Idan will be awarded a prize by UN Rights watch at a ceremony in Geneva on 13 June.

Both individuals have suffered for their brave stance: Mithal al-Alusi 's two sons were assassinated and he was warned that his political career would be stunted by his position on Israel. Sarah Idan, Miss Iraq in 2017, was forced into exile in the US after death threats to herself and and her family following a 'selfie' she took with Miss Israel. She visited the Jewish state in 2018. 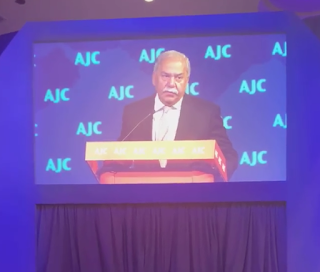 Accepting the Jan Karski Award, Mithal al-Alusi said that it was being given to   all Iraqis who stand up against fascists and the Iranian threat. 'Help us to be free', he pleaded.

Advocating an alliance of the West with Iraq and Israel, against Islamo-fascists, Alusi said he dreamt of stability and human rights. 'Fascists' such as Hamas, Hezbollah and the Iranian regime needed to be taken seriously. "They have killed thousands and displaced hundreds of thousands, they steal our dreams."

Geneva-based non-governmental organization United Nations Watch has announced that Sarah Idan, who as Miss Iraq in 2017 faced death threats for posting a photo of herself with Miss Israel, will receive the Swiss organization’s Ambassador for Peace Award.

In recognition of her courageous and extraordinary actions to promote tolerance, build bridges for peace and spread a message of hope and unity, the prize will be presented to Idan at a Geneva ceremony attended by senior diplomats of the U.N. Human Rights Council, during U.N. Watch’s 2019 annual gala dinner on June 13.

By awarding Idan with this honor, U.N. Watch executive director Hillel Neuer hopes that the United Nations and human-rights agencies in Geneva will learn from Idan. 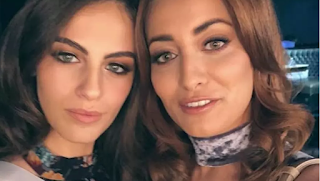 “Sadly, today, there are too many people, and especially on social media, who are only increasing polarization, hostility and isolating one community from another,” Neuer told JNS. “Sarah Idan is the opposite.”

“In all of her public activities, she is someone who is seeking only to bring people together and to underline our common humanity,” he said.

According to Neuer, Idan exemplifies an “Ambassador for Peace” in her public speeches and in her courageous November 2017 Instagram photo with Miss Israel Adar Gandelsman, as well as her 2018 visit to Israel, where she reunited with Miss Israel and bonded with Israeli Jews who fled Iraq decades ago.