Sephardim pioneered the return to Zion

It is a common misunderstanding that Zionism was a 19th century movement pioneered largely in Europe by secular Jews. In fact Sephardim pioneered the return to the Land of Israel centuries before, and Zionism is  woven into the fabric of Jewish history and tradition, argues Ashley Perry in JNS News. (With thanks: Imre)

Perhaps one of the most remarkable Zionist movements before the modern era was that led by the Sephardi heroine Dona Gracia Mendes Nasi.
Born in 1510 in Lisbon and known as Beatrice de Luna during her early years in a family of Aragonese Anousim (Jews who had been forcibly converted to Catholicism but remained Jews in secret), Dona Gracia was 300 years ahead of Theodor Herzl in conceiving a movement whereby Jews would once again take possession of their homeland. 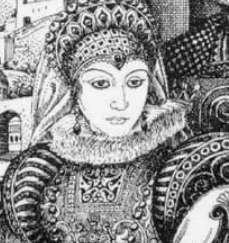 During the height of the Ottoman Empire, Dona Gracia (pictured) used her powerful influence to gain autonomy for the Jews in parts of the Land of Israel. Encouraged by the Sultan, she started building Tiberias, in an effort to renew the ancient city of the Sanhedrin and make it a home for Jews. Thus, Dona Gracia paved the way for a return to Zion.

According to Andree Aelion Brooks’s The Woman Who Defied Kings: the Life and Times of Dona Gracia Nasi, “In Tiberias, the newcomers were soon taking over abandoned structures, renovating deserted houses, restoring gaping roofs, clearing the rubble and quarreling in typical Jewish fashion. By 1564 the revival was sufficiently far along that yet another traveler recalled that the scent from the date palm, orange and pine trees was so overpowering that it was almost suffocating. Yet another talked effusively of a wilderness turned into a Garden of Eden. Almost all of the residents, noted one of these travelers, were former conversos from Spain and Portugal.”

Although the Tiberias community went into decline after Dona Gracia Nasi passed away, there are some Jews living in Israel today who can trace their residency in the Holy Land back to this aliyah, known as the Old Yishuv.
Dona Gracia was also known for her benevolent funding of the growing community of Sephardi exiles in Tzfat. These returnees experienced a material and spiritual flowering such as the Jewish community in Israel had not enjoyed since the period of the Mishnah. This community gave rise to some of the most important intellectual achievements of Jewish history—of which the most enduring are the Shulhan Aruch and Beit Yosef of Rabbi Joseph Karo, which today remain two of the pillars of the Jewish legal tradition; and the kabbalistic teachings of Rabbi Isaac Luria, which revolutionized Jewish mysticism.

Tzfat’s intellectual renaissance began in 1524 with the arrival of Rabbi Jacob Berab, one of the leading Spanish scholars of his generation. Rabbi Berab, like almost all the great rabbis in Tzfat at the time, was not just interested in spiritual pursuits but also to take practical action towards regaining Jewish sovereignty in Israel. He sought to reinstate the ancient Jewish legislative-judicial body, the Sanhedrin, which represented the most concrete expression of Jewish sovereignty in the Land of Israel for many generations.

Rabbi Alkalai had the idea, echoed later in the endeavors of Theodor Herzl, to get various nations to give the Jews a homeland, just as they had, at about that time, assisted the Greeks and others. In Raglei Hamevaser he wrote, “The salvation of Israel lies in addressing to the kings of the earth a general request for the welfare of our nation and our holy cities, and for our return in repentance to the house of our mother … our salvation will come rapidly from the kings of the earth.”

Read article in full
Posted by bataween at Thursday, May 09, 2019