Samir Naqqash never felt entirely at home in Israel, and insisted on writing in Judeo-Arabic even after he was forced to flee his native Iraq. Now his book Tenants and Cobwebs is available in English, and casts light on the psyche of this unusual writer. Tablet essay by Mardean Isaac: 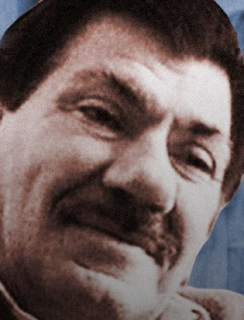 A Jew transplanted from one ancient home to another, and scantly read in either, Naqqash has mainly existed as an academic curio, in a parallel purgatory to his personal one. The recent publication of an English translation by Sadok Masliyah of Tenants and Cobwebs—Naqqash’s first novel, originally published in Arabic in Israel in 1984, and his first translated into English—is set to mark a significant moment in the life of his work. If Israel is the Jew of nations, and Israelis are the Jews of Jews, then Naqqash was a Jew among both.

Naqqash was part of a special generation of Iraqi Jews: the last to have direct experience of the country, and the first to be able to write and speak freely about their experiences, from Israel and diaspora. “I was a spoilt brat,” Naqqash said of his childhood in Iraq. “The entire family was involved in taking care of me.” It was a materially comfortable life, but also one replete with a bounty of experience: sensory, verbal, social. “Our house was a kind of meeting place for many different kinds of women and men,” Naqqash said. The presence of Christian and Muslims (including “Muslim women of all classes”) was common. The opportunity to listen to those other voices from within it, were taken from him through upheaval.