Refugee exchange accepted in India ; not in Palestine

In this piece in TheArticle.com comparing India/Pakistan and Israel/Palestine, Lyn Julius finds some similarities, but also some key differences: While India and Pakistan accepted the flows of refugees in either direction as a permanent exchange, the Palestine Partition is unfinished business when it comes to refugees. 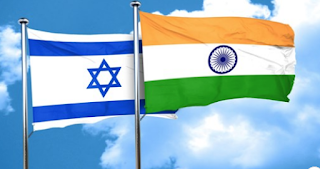 There is another key difference: Hindu and Muslim leaders in India were dismayed at the increasingly barbaric intercommunal killings, while in many cases Arab leaders deliberately incited violence against Jews. The mass exodus of Jews from Arab countries, who had no part in the 1948 war in Palestine, was an egregious consequence of state-sanctioned collective punishment of non-combatant citizens. It was as if Muslims in Bradford or Sikhs in Toronto were persecuted and forced to flee merely for sharing the same religion as Muslims or Sikhs in India.

When it comes to refugees, the Palestine Partition is also unfinished business. While both Indian and Pakistan accepted the exchange of refugees, only Israel absorbed Jewish refugees, while the Palestinian refugee problem has been left by the Arab side to fester. The Palestinian leadership perpetuates the conflict by clinging to its ‘right of return’ to Israel proper.

But Partition in the Indian subcontinent has not brought peace and reconciliation. Relations between India and Pakistan, two nuclear powers, have been plagued by hostility and suspicion.

In both cases, Partition has created an imbalance on either side of the divide. Israel and India today are prosperous and pluralistic, Pakistan and the Palestinian territories have a history of bad governance and contempt for minority rights. Israel’s population is 20 percent Arab, India’s is 14 per cent Muslim. On the other side, a terrorist group rules Gaza where there are hardly any Christians. The Palestinian Authority has not held an election for ten years or more, and its Christian population continues to decline. Pakistan has been governed by a succession of military dictatorships; Islamist groups are tolerated in Pakistan’s tribal lands. A mere two per cent of its population is Hindu; both Christians and Shi’a Muslims suffer grievously. Pakistan has betrayed its own flag – green for Islam, white representing minorities.

For this deplorable state of affairs, one can hardly blame nationalism, or the British, or colonialism.

The author wrote: “…for millions around the world, the ‘war’ began with the Anglo-French seizure of Arab lands as the Ottoman empire rotted, with the Balfour declaration in 1917 giving the green light to Zionist colonialism.”
--malca

Sadly, the far left of the British Labour party believes such nonsense. Tragically, they now lead the party