The first new community of the United Arab Emirates is to have a 'chief rabbi'. But the duties of Rabbi Yehuda Sarna will not be pastoral, they will be to foster 'interfaith dialogue'. JTA reports (With thanks: Boruch):

WASHINGTON (JTA) — Rabbi Yehuda Sarna, the New York University chaplain, will be the first chief rabbi of the Jewish Community of the United Arab Emirates.

David Weinberg, the international affairs director for the Anti-Defamation League, made the announcement Tuesday at an event co-hosted by the ADL and the UAE embassy on interfaith tolerance. 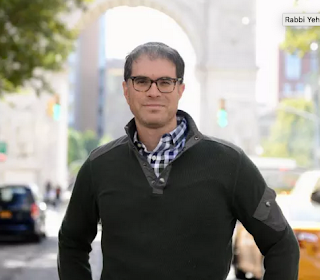 Rabbi Sarna retains his post as chaplain to New York University, but will travel to Dubai four times a year

Sarna told the Jewish Telegraphic Agency that the position is unpaid, and that he will travel four times a year to Dubai, where worship services have been taking place in a private home. He said he will stay on as chaplain at NYU and as the executive director of the university’s Bronfman Center for Jewish Student Life.
“What we see is the first emergence of the first new Jewish community emerging in the Arab world for centuries,” said Sarna, who says there are hundreds of Jews in the UAE from all over the world to take advantage of employment opportunities.

He said his hope is to nurture a structured community so that paid staff, including a full-time rabbi, could one day take over.

A Jewish Council of the Emirates official told JTA that Sarna’s role would not be pastoral. Sarna’s “primary role” will be “pursuing interfaith dialogue and building the office of the JCE Chief Rabbi.”

Haaretz article
Posted by bataween at Friday, May 17, 2019

Rabbi Sarna you've got your plate full with the anti Israel/anti Semitic marginalization and apartheid against Jewish students at NYU. You're obviously a young, vigorous man. How are you addressing this?