An article by Hen Mazzig in the mainstream US press debunking the myth that Jews are 'white, European colonialists', an idea increasingly prevalent on the left of the democratic party,  has elicited an angry reaction from Marc Lamont Hill, a professor who was sacked as a CNN political commentator for anti-Israel comments. Seth Frantzman reports in the Jerusalem Post (with thanks: Lily, Yoel) 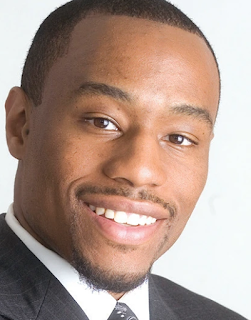 Marc Lamont Hill: 'studies Yemeni and Moroccan Jews'
In a Facebook post on May 20 slamming Hen Mazzig’s article in The LA Times, American academic and activist Marc Lamont Hill described Mizrahi Jews as an “identity category” that had been detached “from Palestinian identity.” CNN severed ties with Hill last year after anti-Israel comments.


Hill’s latest excoriation of Israel, posted to his 90,000 followers, followed Mazzig’s argument that Israel is not a country of “privileged and powerful white Europeans.” Mazzig sought to emphasize the role of Mizrahi Jews in Israeli history and condemned the tendency of critics to define Israelis as Ashkenazi Jews alone. Hill responded that Mazzig ignores “the racial and political project that transformed Palestinian Jews (who lived peacefully with other Palestinians) into the 20th century identity category of ‘Mizrahi’ as a means of detaching them from Palestinian identity.”
Mazzig posted a screenshot of another exchange with Hill in which Hill wrote that “I literally study Yemeni and Moroccan Jews for a living.”

Jimena, an organization that describes itself as committed to achieving universal recognition to the heritage and history of 850,000 indigenous Jewish refugees from Arab countries, said Hill was trying to speaking over the voices of Mizrahi Jews.