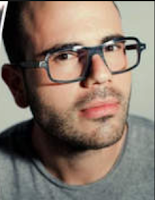 (May 23, 2019 / JNS) According to the late Israeli author Amos Oz, when his father was growing up in eastern Europe, the graffiti on the walls read “Jews go back to Palestine.” For centuries, Jews were considered swarthy aliens in Europe. This trend reached its tragic nadir with the mass Nazi extermination of the Jews as racial untermenschen.

Nowadays, the inverse message is in evidence—not so much on walls, but in the media, on campus and in the writings of academics and journalists obsessed with identity politics. Jews are portrayed as members of a privileged and powerful  elite—white Westerners who came to colonize and steal land from the “native” Palestinian people. As a result,  Jews are excluded from “intersectionality”—the idea that oppressed social groups, especially in the United States,  stand up for each other.

This anti-Zionist, postcolonial trend, in which Jews can never be victims, has lately been insinuating itself into the ideology of the radical left of the U.S. Democratic Party. Positioning Israel as a white European colonialist aggressor delegitimizes Ashkenazi Jews as interlopers. This canard denies the Levantine origin, genes, culture, religion and language of  Jews from Europe and the Americas.

The sin is compounded by the erasure from the narrative of Mizrahi Jews (Jews from Arab and Muslim countries), who now form the majority of Israeli Jews. These Jews are from now-extinct communities founded long before the Arab Muslim imperialist conquest subjugated indigenous peoples to Arabization and Islam. In the 20th century, a million Mizrahi Jews were dispossessed and forced to flee as refugees.

Hen Mazzig, an Israeli activist and writer whose parents are Jews from Iraq and Tunisia, has been taking up the cudgels against this pernicious trend.
Writing in the Los Angeles Times, he accuses the likes of Women’s March activist Tamika Mallory, Temple University professor Marc Lamont Hill and, more recently, Rep. Rashida Tlaib (D-Mich.) of misrepresenting Israel.

The reaction from Hill was swift (his tweet has since been deleted, but is still visible on Mazzig’s Facebook page). In it, he claims to be “baffled as to the basis” for Mazzig’s statement that Hill has “ignored Mizrahis or the racial diversity of Israel.” He then goes on to state that, “What [Mazzig] ignores, however is the racial and political project that transformed Palestinian Jews (who lived peacefully with other Palestinians) into the 20th century identity category of ‘Mizrahi’ as a means of detaching them from Palestinian identity.”

The misconceptions lurking behind Hill’s tweet merit unpacking. By clumsily referring to Mizrahim as a false Jewish component of “Palestinian” identity (it is no longer de rigueur to talk about the “Arab-Israeli” conflict), Lamont-Hill is purveying the notion that Mizrahim are Jewish Arabs.

It is fashionable in far-left circles to push the line that Mizrahim have been torn away from their Arab brethren by Zionism, which has prevented them from making common cause with the Palestinians. The Mizrahim allegedly suffer from a “false consciousness,” alienated from their true, “Arab” selves.

Radical leftists align themselves with anti-Zionists who argue on behalf of an “Arab Jewish” identity as a way of repudiating Jewish nationalism. They presuppose that Jews were just another faith group in the Arab world, that Arabs and Mizrahi Jews are natural allies and that both are postcolonial victims of the Ashkenazim, who lured Mizrahim to Israel under false pretenses as a reservoir of cheap labor.

Israel is thus delegitimized, and to blame for ruining the harmonious relationship which supposedly prevailed between local Jews and Arabs.

The myth is easily debunked—as Mazzig points out, Jews were always inferiors in Muslim society, never equal and ever more marginalized in the post-Ottoman Arab successor states. Sporadic outbreaks of mob violence, such as the 1941 Farhud in Iraq, meant that Jewish citizens were never going to be assured of the security they deserved.

Mizrahi Jews are loyal and fervent Zionists, taking a full part in building and defending their ancestral homeland. They have stamped an unmistakably Middle Eastern identity on the Jewish state. Israel is the free and democratic expression of the self-determination of an indigenous Middle Eastern people after centuries of Arab and Muslim subjugation and colonization.

This is what social justice warriors in the West ought to be celebrating, and fighting for.

Rebuttal to Marc Lamont Hill by Hen Mazzig (The Tablet)
Posted by bataween at Thursday, May 23, 2019