The “Arab world” today is the creation of modern pan-Arabism, which arose after the fall of the Ottoman Empire and which has roots in the Arab empires of the Middle Ages. The term “Arab Jew,” a term not historically used by Mizrahim (Jews of the Middle East), has been bandied about by anti-Zionists and is now becoming mainstream.  Must-read in the Jerusalem Post by activist and writer Hen Mazzig:

They are forcing an Arab nationalist and imperialist narrative on us. As the son of Zionist Iraqi Jewish mother and a North-African Amazigh (Berber) father, I am appalled by their distortion of history.

As they reject Zionism and Israel they say Zionism is racist against Mizrahim. Their perspective runs against the view of the vast majority of Mizrahim in Israel who, despite the difficulties we and our parents faced in the “Maabarot” (the Jewish refugee camps Mizrahim were sent to by the Ashkenazi [European] Jews when they first arrived to Israel) are Israeli patriots and Zionists. This is an incredibly patronizing view that has no connection whatsoever to reality.
They’ve created narrative that is reflective of only their wild imaginations and Arab nationalist fantasies.

Many Mizrahi Jews were Zionist long before the establishment of Israel. And while some Mizrahi Jews had friendly relationships with their Arabx neighbors, like the Christians in the Middle East they were without sovereignty and equality and were therefore often victimized throughout their history in the Muslim Diaspora.

These activist also belittle the Mizrahi experience, the lives of 850,000 Jewish refugees who even in the successor states to the Ottoman Empire of the early twentieth century were de facto treated as “dhimmis,” an Arabic term for a protected minority that pays for said protection, until the oppressor decides to end this agreement.

The story of my family, and the Jewish Iraqi community, is a great example of the aforementioned.

In Iraq, despite being “equal citizens,” they experienced ongoing oppression, which culminated in the brutal attack of the “Farhud,” and other anti-Jewish attacks. The Farhud was a Nazi-incited riot in 1941 that claimed the lives of hundreds of Jews and forced the country’s entire Jewish population to live in absolute fear.

These refugees, many of whom joined relatives who had already left decades earlier, building cities and neighborhoods like the Kurdish Jewish community in Jerusalem and the Yemenite Jewish community in Tel Aviv. They sacrificed whatever they had left, and happily returned to their indigenous homeland, Israel, which they contributed mightily to building up and defending.

The term Arab Jews glorifies a small minority of assimilated Jews who regretted leaving the Arab world as if they represented the majority. They do not. Many Mizrahi Jews seem to be able to do what this minority cannot, which is to appreciate Arab (and Persian, and Kurdish, and Berber and Yemenite) culture without rejecting Israeli culture and sovereignty. 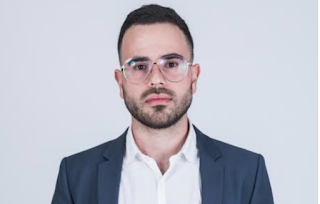 These anti-Zionist in fact reverse the empire-nation narrative. Israel is national entity while the Arab world is an imperial one. You can always tell an empire by language. Arabic is an imperial language like English and French, promoted through settler-colonialism and imperial hegemony throughout the Middle Ages.
Since the twentieth-century rise of pan-Arabism, leaders advocated Arabization policies of indigenous national groups, whether the Kurds, the Berber or the Sudanese, and sought to permanently reduce the status and power of indigenous religious groups, such as the Copts and Maronites, across the region.

These “progressives” and their ideas neglect the truly oppressed minorities, while promoting Arab imperialistic ideas. They completely ignore the Copts, Kurds, Berbers and Maronites who are now increasingly reclaiming their autonomy and sovereignty. We are so used to the “Arab world” that we forget it is a product, in modern terms, of Nasser and his encouragement “Arabization” programs whether in Algeria or Iraq, as well as of the Saudis and other Gulf leaders who have also encouraged “Arab” unity.

They never speak about Arab imperialism, about Saddam and the Kurds, about the war in Algeria, or the Berbers. Granted the latter causes are hardly as popular as the Palestinian/Arab one, which has the backing of Gulf oil money and the support of European intellectuals who march en masse for Palestine and have not uttered a peep about the Kurds in the most recent war.

The greater issue is that there is a misguided school of thought dominating the conversation about Israel and the Middle East which is distorting the whole imperial and colonial history of the region. There have been several nations that have acted as empires in the region, conquering, settling and dominating peoples outside their own homeland. These have been the Arabs, Turks and Iranians, and more recently the British, French and Italians.

The Jews, in contrast, have merely returned to their only homeland. Israel is the only Jewish state in the world and less than 0.3% of the entire Middle East.
The central narrative of Judaism is the story of national liberation in the face of an imperial power. The liberation of Jews from other empires has occurred in living memory.

Let’s remember this. It is a place where a group of indigenous people reclaimed their land and revived their ancient language despite being surrounded by hostile neighbors. Reality and history play no role in this debate and it is time to call out these activists for the ideology they promote and to oppose their lies.

More from Hen Mazzig
Posted by bataween at Wednesday, April 10, 2019

The term "Arab Jew" should be treated with the same contempt by any self-respecting Jew as West Brit is for the Irish.

Taking the comparison further in imperial language terms, "Arab Jew" is akin to referring to the Irish, Scots and Welsh as West English, North English and Middle English respectively.

Hell, am sure the Celts both collectively and as each individual group would be thrilled at being called English Celts based on the fact they all largely speak English nowadays, notwithstanding the attempts at reviving their own languages.