Update: The IDF has now denied these reports.
In the wake of the return of the body of Israeli soldier Zachary Baumel after 37 years, the media are rife with rumours that the remains of  Eli Cohen are coming home. The Egyptian-born spy was hanged in Damascus in 1965. The Jerusalem Post reports: 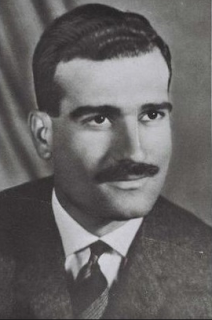 The spy was hanged in Damascus in 1965.The reports have not yet been denied by any Israeli party. The censor has now authorized the publishing of the reports, although it is unclear how reliable they are, according to Yaron Avraham of Channel 2 News.

More about Eli Cohen
Posted by bataween at Monday, April 15, 2019