More and more Arabs are positive towards Israel

Are we witnessing a sea change in Arab attitudes to Israel? In spite of continued antisemitism and widespread rejectionism, there could be an opportunity to encourage Arab-Israeli partnership, argues Joseph Braude in Mosaic.

In the Arab Middle East, known, deservedly, as a global hub and disseminator of anti-Semitism, something is astir of immense interest and importance.
First, the bad news—which is hardly news at all. Even as some Arab leaders are visibly warming toward Israel and Jews, the widespread culture of rejectionism and anti-Semitism persists at key levels of their societies. Ingrained over generations through Arab media, schools, and mosques, and more recently reinforced by Iranian and jihadist propaganda, it permeates Arab establishments and much popular sentiment alike. 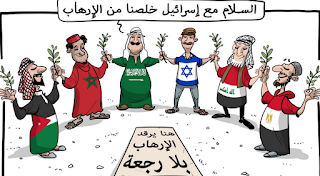 A cartoon from the Israeli MFA's Arabic Facebook page

As Israel’s “cold peace” with Egypt and Jordan has abundantly shown, official treaties do not, on their own, ameliorate this culture of animosity. And though a settlement to the Israeli-Palestinian conflict could substantially mitigate the problem, prospects of achieving such a settlement are themselves obstructed by it. From North Africa to the Gulf, opposition to an accommodation with the Jewish state amounts to a check on any rulers inclined toward signing a treaty. 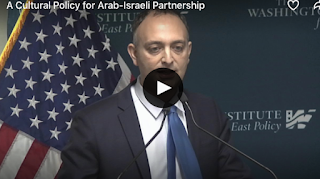 But then there’s the new news: across the region, seeds of an effort to challenge Arab rejectionism and anti-Semitism have unmistakably been sprouting. Beyond official circles, a growing number of Arabs not only view Israel and Jews in a positive light but espouse, openly, a “peace between peoples.” For their part, Israelis and some Jewish activists in the West have developed means of engaging in Arab public discussions, breaching historical barriers to such communication and holding out the promise of forward movement.

Between the spread of positive Arab sentiment and a modest opening for its public expression in Arab media lies the potential for a more coordinated effort to complement and reinforce the warming taking place at the topmost level of international diplomacy. This is an opportunity begging to be seized.

Read article in full
Posted by bataween at Monday, February 18, 2019