Friedman: the narrative of European Israel is wrong

Fascinating interview by Calev Ben-Dror in Fathom with Matti Friedman, author of a new book on Israel's 'Mistarav' spies. They are emblematic of  Israel's unacknowledged character as a Middle Eastern state whose dominant narrative is that of the Jews expelled from Muslim countries. (With thanks: Lily) 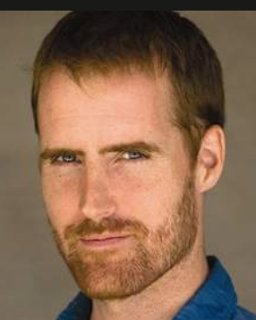 CB-D: In addition to Israelis and Westerners having to shift their perception about Israeli society, there is a third component you mention in your book that needs to be shifted, namely those within the Arab/Muslim world who view Israel as a Western implant rather than a country populated by people indigenous to the region. You talk about a mural in Egypt showing Egyptian soldiers crossing the Suez Canal in 1973 and facing blond Israeli soldiers. You point out that Israelis are generally not blonde, but it helped the Arab world to see Israel as a European story.
MF: There are two main reasons why the Arab world has tried so hard to portray Israel as a colonialist implant: the first is that it help plays on European guilt for what happened in the Second World War; the second is that it obscures their own responsibility for why over 800,000 Jews, most of whom came to Israel, lost their homes in the Islamic world. Once you understand what happened, you will have a lot of criticism of Arab states for what drove out the Jewish population, so in order to make that go away, the Israelis have to be portrayed as blonde. Rather than blonds, many of those soldiers fighting the Egyptians on the Suez Canal looked like Egyptians (in fact some were originally from Egypt). So this a purposeful attempt by the Muslim world to erase that history, which suggest their own culpability in this story.
Read article in full

Posted by bataween at Wednesday, February 27, 2019

I noticed the reference to "blond Israelis" in Egyptian propaganda. In fact, when I was living in a large US city, I spent a lot of time --when I was young-- on the campus of an Ivy League university in that city. I often met Egyptians there at the university although --to be sure-- we did not become close friends. This was around the time of the 6 Day War and on various occasions I met Egyptian grad students at the Ivy League univ. One Egyptian fellow that I used to see often had blond, that is, really yellow hair. Also he had only one working eye. I was told that the other eye was lost when he fought Israel in the Egyptian army in the Sinai war of 1956 or maybe in 1967. He was blond although not pale or pink-skinned. And his eyes were brown, including the blind one that sometimes rolled around. I heard him speak at meetings a few times and this blond was very hostile to Israel. Maybe the Egyptian propagandists will one day learn not to dispense stereotypes.