Can Israel-Arab peace be built from the grassroots up?

Are the green shoots of change in Arab attitudes to Israel sprouting? Can the US help them along? This is the theory put forward by a new policy document, Reclamation. Lyn Julius reports in Algemeiner:

(February 21, 2019 / JNS) Israel’s Prime Minister Benjamin Netanyahu “breaking bread” with Arab leaders at the Warsaw conference on Middle East security was a warming and unprecedented sight. But no sooner had a video been leaked online of a friendly interaction between Netanyahu and the Yemen foreign minister than it was deleted. This is symptomatic of the push-me, pull-you relationship between Israel and its Arab “frenemies.” Two steps on the road to normalization, two steps back.

In February, an Iraqi poet who had written about the Jews of his country was murdered. At about the same time, Egyptians complained that the Israeli ambassador had attended the Cairo Book Fair, albeit he had queued to buy an admission ticket like other members of the public. “If we had known, we would have beaten him up,” they wrote on social media.

A few years earlier, the Egyptian playwright Ali Salem found that his career took a nosedive after he had traveled to Israel and written about his experiences there. Contact with Israel, or advocating normalization, are most definitely the “kiss of death.” 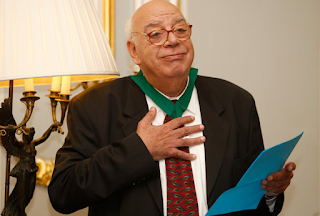 On the other hand, since the Arab Spring, a startling revolution has been taking place regarding Arab attitudes to Jews and Israel. “The seeds are unmistakably sprouting,” says broadcaster, author and Middle East specialist Joseph Braude. As well as a top-down strategic rapprochement in the face of the Iranian nuclear threat, social media is penetrating from the outside in. The Arabic Facebook page of the Israeli Ministry of Foreign Affairs has 1.7 million followers from all over the Arab world, with more joining all the time. The Arabic page of JIMENA (Jews Indigenous from the Middle East and North Africa) has 5,000 new followers every week. The Dove Flyer, Eli Amir’s novel set in 1940s Iraq, has been translated into Arabic, as has Lucette Lagnado’s Egyptian memoir, The Man in the White Sharkskin Suit.

Braude sees an unprecedented opportunity to foster change. He views culture as fluid. The new subculture is driven by revulsion at Islamist terrorism, fear of Iran and its nuclear designs, and recognition of the Holocaust. Reversing the thinking that peace is a prerequisite for cultural change, the United States could help build a coherent policy on a peace between peoples. In his monograph Reclamation, Braude pulls out a tool kit of instruments that America might use to encourage partnership between Arabs and Israelis.

Morocco is an anomaly worthy of emulation. There, the monarchy has fostered a culture of moderation towards Israel, and in the face of powerful counter-currents of rejectionism, has caused an anti-normalization bill in parliament to be shelved.

Such optimism is not shared by Israeli researcher and commentator Edy Cohen. The road to better relations is littered with empty promises. The Arabs are in distress. As soon as it is no longer expedient to do so, they will drop Israel like a hot potato. “If we haven’t learned from past experiences, let us at the very least read the present situation correctly,” he writes.

Braude is realistic enough to know that decades of anti-Semitic brainwashing in Arab mosques, media and schools, now reinforced by Iranian and jihadist propaganda, will not dissipate overnight. Nasserism and Islamism weaponized anti-Semitism. For every positive current, there is a backlash. Political opponents are excoriated as “Jewish stooges.”

“It’s an unfair fight,” he acknowledges. But many of the tropes now current in the discourse were imported into the Arab world from Europe. Two generations ago, in a more liberal atmosphere, Arabs remembered the good relations they had with the 800,000 Jews who were driven from the Arab world. At one stage, Zionism was not the dirty word it is today. Accommodation with Zionism was the “road not taken.”

But Arab expressions of sympathy remain rare. As long as individual advocates for normalization with Israel put their careers—or even their lives—on the line, the price of significant change will remain too high. Can American pressure make the price for intimidation and ostracism even higher? It’s worth a try.

'More and more Arabs are positive towards Israel'

Once can hope... and nothing is beyond Hashem's power.

But barring His intervention, "The enemy (Israel) of my enemy (Iran) is not my friend but my ally of convenience... because, ultimately, they're still sons of apes and pigs".

Until Islam reforms, again, paging Hashem, that won't change. And any thaws are on shaky foundation.

As an American (Jew) born and bred, it pains me to admit it... but foreign countries cannot trust the word of America any more.