Ashkenazim are as much 'people of colour' as Mizrahim

It is a mistake to confront charges of “white Jewish colonialism” or accusations that Jews are 'white',  with the response is that Israel is majority Mizrahi , ie made up of 'people of color'. This new variant of anti-Semitism doesn’t need to target all Jews: only those who are perceived as the “most threatening” to anti-Semites. Dani Ishai Behan explains why in this important article in the Times of Israel:

Today’s generation of Jews are experiencing an anti-Semitism renaissance. Although Western reckoning with the Holocaust temporarily forced overt Judenhass underground, anti-Semitism was far from finished. It began its slow, steady climb back into mainstream consciousness by the late ’60s, and is now acceptable in polite society once more. 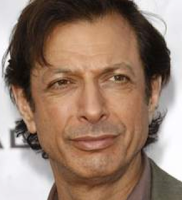 Anti-Semitism has undergone yet another mutation. At the heart of this newly revitalized anti-Semitism is anti-Zionism, a self-professed “anti-imperialist” ideology aimed at dismantling the State of Israel. Dressed in hip social justice frippery, anti-Zionism has proved to be an effective conduit for anti-Semitism, simultaneously appealing to old school anti-Semites while seamlessly adapting itself to modern cultural sensibilities, thus resonating with younger generations and bringing many new converts into the fold.

Anti-Zionism’s core belief is that Israel, the very first nation-state built by a historically dispossessed indigenous people, is an illegitimate “colonial” project built on the bleached white bones of “indigenous people of color.” In this narrative, Ashkenazi Jews (i.e., Jews who wound up in Central/Eastern Europe in the Middle Ages, and were the vast majority of Israel’s fighters in 1948) are cast as “white European” interlopers whose only claim to the land is a Bible and a gun. Zionism, by extension, is framed as the Jewish version of Manifest Destiny, ennobling the broader Arab and Islamic crusade against Israel as a righteous struggle against “imperialism.”

It certainly makes for a romantic story, one that manages the nearly impossible feat of appealing to oppressed peoples throughout the world, while also reeling in classic racists with a familiar villain. It is, however, quite false. What Zionism DID do is uproot centuries-old power structures, restoring a native people back to its land and overthrowing a 1,000+ year old colonial occupation. It not only gave one of the most abused and widely despised minorities in the world a sizable chunk of its land back, it gave them power. And in the eyes of anti–Semites, Jews are not supposed to have either of these things.

As with other successful liberation movements (e.g., feminism), the resistance against Zionism has been, and continues to be, ferocious. Anti-Semites on both ends of the spectrum — and both ends of the globe — have made it more than clear that they will stop at nothing to see Israel destroyed, and the Jews restored to their rightful place at the bottom of the totem pole. And they decided that only way to do this would be to re-ignite anti-Semitic passions throughout the world (or at least, bring them out of hiding) and recruit them to their cause.

But the times have clearly changed, and the old anti-Semitic rhetoric involving the foreign, non-white, conniving, sinister, bloodthirsty Jew was in dire need of a contemporary makeover. In today’s climate, it is no longer acceptable (or wasn’t, until just a few years ago) to openly advocate white supremacy or advance the “inferiority” of people of color. These views are now (rightly) considered retrograde, chauvinistic, and morally reprehensible. Instead, the locus of what is considered undesirable and abhorrent has shifted to white supremacy, along with all of its trappings.

Jews, having been traditionally despised as primitive, static, Oriental “outsiders,” can no longer be seriously harmed by these arguments. Right-wing anti-Semites would remain on board (as they would have anyway, since their values haven’t really changed much), but the center-left, progressives, and other minorities would have immediately rejected it. If anything, it would have increased their sympathy for Jews (and thus, their sympathy for Israel). A change was obviously needed.

To this end, Jews have been stripped of their indigenous Levantine ethnic identity and reduced to a religious faith, whose adherents are merely: “Slavs, Germans, Italians, Arabs, and Berbers who just so happen to practice Judaism.” Ashkenazim by extension are situated as “white Europeans” who — despite their “very unfortunate” experiences throughout history — are recast as part of the white European ruling caste. And from there, Zionism is delegitimized as a “European colonial movement,” since political Zionism was born in the European exile, and Ashkenazim were arguably the driving force behind Israel’s re-establishment.

In this current epoch, wherein white supremacist power structures are grappled with on more of a mainstream level, Jews (Ashkenazi Jews in particular) are once more cast as the villain, if not “the brains” behind it all. This is in spite of the fact that these very same structures have, and still do, harm Ashkenazim — and Jews more broadly.

Reframing Ashkenazim as “white Jews” in the 21st century carries an array of benefits to the anti-Semite — many of which I have written about previously — that simply weren’t available decades ago.

1. It implies that Ashkenazim are not really ethnic minorities at all, thereby robbing them of the critical protections that such a status would accord. For example, a “white Jew” who complains of anti-Semitism or otherwise gets too uppity can be swiftly shut down with “you’re white, stop centering yourselves.” This is why you’ll often hear ludicrous claims like “the Holocaust is a white on white crime,” thereby diminishing its overall significance in the social justice arena.

2. It has the effect of bleaching out their indigenous Middle Eastern roots. Stripping a people of their entire identity, history, and lived experiences by conflating them with their captors and oppressors is both dangerous and morally unacceptable. That should go without saying, and it stands to reason that few, if any, would consider whitewashing Arabs, Natives, or (hypothetically) Africans in this way. But this is done to “white Jews” on a regular basis. Labeling the vast majority of Israel’s founders “white European” reaffirms the premise of anti-Zionism (that Zionism is essentially a settler-colonial enterprise), thereby leaving Zionism vulnerable to attack. This, I assume, is the entire point of the term “white Jews,” and accounts for why the term is so vigorously defended.

3. As a result of 1, anti-Semites can vent their anger by specifically targeting “white Jews,” whom they are more likely to see as “representative” or “emblematic” of world Jewry (since anti-Semitism was born in developed in Europe, and therefore centered on Ashkenazim). By doing so, they can strike at the Jews without actually striking directly at all Jews. To give an example, whenever one starts screaming about “white Jewish colonialism” or accuses “white Jews” of being “fake Semites,” our usual response is to remind them that Israel is majority Mizrahi and call it a day. But what they fail to understand is that this new variant of anti-Semitism doesn’t need to target all Jews: only those who are perceived as the “most threatening” to anti-Semites (and we all know who those are). Moreover, anti-Semitism that targets Ashkenazim only is STILL anti-Semitism. It’s not a game of hot potato where we can address the problem by handing it off to another group of Jews, and it isn’t something that can (or should) be answered with “oh, that’s okay, because these non-Ashkenazi Jews are legit.”

4. Minority anti-Semites get a free-pass. In other words, it can be excused away with “they have no institutional power, which white Jews have in abundance” (more on this below). Anti-Semitism then becomes a form of “punching up.” In summary, the term “white Jew” renders its target completely and utterly vulnerable. That’s why the debate over Ashkenazi “whiteness” (or lack thereof) has become such a hot-button topic. The conception of Ashkenazim as “white Europeans” (and Jews more broadly as “just a religious faith”) is at the very heart of the anti-Zionist movement, and of America’s contribution to this millennia-old prejudice. It is not an innocuous debate by any means. It is simply the latest battle in a very old war.

Anti-Semites of today NEED Ashkenazim to be “white” because anti-Semitism cannot flower otherwise.

Read article in full
Posted by bataween at Friday, February 22, 2019

Good articl. For more on the DNA evidence which has been found in the many studies of DNA of Jews generally and Ashkenazim in particular. The blog post at link includes a quote from one of the studies of DNA.
http://ziontruth.blogspot.com/2010/04/shlomo-sands-lies-dont-go-away.html

By the way, Theodor Herzl was partly of Askhenazi origin and partly of Sefardi origin, according to the late Prof Benzion Netanyahu in his book, Five Fathers of Zionism [or similar title]. The professor, father of the current Israeli PM, Benyamin Netanyahu, also wrote that Max Nordau, another early Zionist leader, was of similarly mixed ancestry.

Jews are now the whitest of whites...because evil resides in the "white race" and the most evil are the Jews.

People who claim to be anything else but Eurocentric are absolute slaves to 19th century Eurocentric conceptions and theories of racial identities. And the "Caucasians" include Arabs, North Indians and for some theorists Ethiopians. So this shows the whole bs of race identity politics and casting Jews, especially Ashkenazi Jews as so called white interlopers in a "brown" land. And Ashkenazi Jews are as indigenous to the Land of Israel as any other Jew...including the Ethiopians.