After three investigative commissions, the Yemenite children Affair refuses to die. Families whose children mysteriously disappeared  in the early years of the state are preparing to sue the government and Jewish Agency. Moving report in Ynet News (with thanks: Boruch)

The last time Shoshana Nahshon saw her son, he was sound asleep. The next day he disappeared, as did the next baby she gave birth to. Salma Ozeri was able to save one son out of two. Riki Avivi Hindi, Rami Hukayma and Havatzelet Asmi never got to meet their older siblings. They only knew the pain of their disappearance. Now, Yemenite families whose children disappeared are suing the State of Israel for reparations and fighting to get their tragedy acknowledged, with the hope it might shed some light on the mystery they have had to live with for their entire lives. 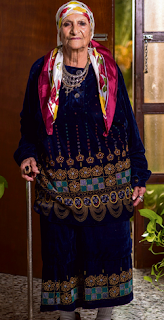 Shoshana Nahshon: her 'healthy' son Salem was taken away

Despite years of denial, the tragedy of the Yemenite children refuses to die. The stories that the families have been telling for decades have started to come to life with the chilling revelations about how the state acted. What really happened to the young children of Yemenite Jews who arrived in Israel in the first years of the state? How many children vanished? Where did they go?

Three investigative committees over the years have already looked into the abductions of the Yemenite children. But none delivered conclusive statements and all were heavily criticized for accepting evidence that the children had died without further questions. It was later discovered that many documents were either destroyed or never made their way to court.

The 2001 report from the Kedmi Commission, set up in 1995 by late prime minister Yitzhak Rabin, did make some progress: It determined that, “69 children out of 800 are surely not deceased, and their fate is unknown. These babies were given by their parents to hospitals or children’s facilities and never returned. Some were taken by official representatives in order to receive medical treatments or be hospitalized and also never returned.” This is almost a confession when coming from the state, whose official position was that nothing ever happened.

But the committee’s final remark says it all: “This committee is sorry for the families’ loss.”

Lawyers who represent the families in their lawsuit against the state and the Jewish Agency (which operated some of the immigration facilities and process) said that this is the first time the families have demanded answers, acknowledgment of what happened and reparations.

“These children were under the establishment’s care, and it was determined (by the committee) that they were simply lost,” said one of the lawyers. “An advanced country would voluntarily pay reparations, instead of forcing them to sue. As is usual in such cases, the families aren’t suing for a specific sum but will leave it to the courts. We expect millions of shekels to be distributed among the families whose children disappeared.”

The State Prosecutor's Office said the lawsuit has not yet been filed and they therefore cannot comment at this stage.

“We were a part of the last wave of Yemenites to arrive. There was already a rumour going around the transit camp that children were being taken away, but we had just arrived so we didn’t know about it. Salem was my eldest and I was pregnant for the second time when we arrived, and my husband held him when we got off the plane so I wouldn’t have to carry him. We were brought to the camp and were given a tent, and I fell asleep.”

“When I got up in the morning Salem wasn’t there. I started screaming ‘where’s the boy? Where’s the boy?’ and my husband said he was sick. ‘Go to the hospital, you’ll see him there,’ he said, and I told him ‘What hospital? The boy is healthy!’

More about the Yemenite children Affair