The man who fought for persecuted Jews

As head of the umbrella group representing Jews from Arab and Muslim states, Meir Kahlon presided over the first 30 November commemorative day of the exodus of Jews from Arab countries in 2014. Before that, he fought to get Israel to recognise the suffering of Libyan Jewry during the Holocaust. He died last week. Obituary by Ofer Aderet in Haaretz (wth thanks: Lily, Itzik):

“Arab nations didn’t accept the UN’s partition plan, and launched riots against the Jews. Today we want to remember this as a Jewish nakba day in Arab countries,” Kahlon told Haaretz at the time, employing the Arabic word for “catastrophe” that Palestinians use for their mass exile and loss of their homeland in the 1948 war.

“It wasn’t only the Palestinians who had a nakba, it was also our nakba, the Jews of Arab lands who were expelled and massacred,” he said. His uncle, Bachar Kahlon, was born in 1938 in Tripoli, the Libyan capital, where the Jewish community numbered 40,000.

His father, Shalom Kahlon, had arrived there from El-Khoms in northern Libya and married Margalit Gita of the Fadlun clan. An uncle on his father’s side had been head of the Jewish community in Zuwarah on the Tunisian border. One of his ancestors had been Rabbi Hacham Binyamin Kahlon. 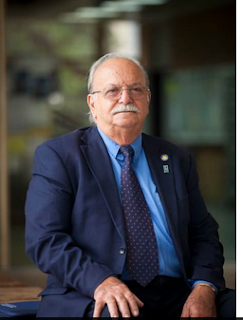 “We studied Hebrew. Zionism was in our blood, in a community of 2,500 years,” he said. When he was eight, his big sister taught him the words to a children’s song called “A dunam here and a dunam there.” Kahlon’s mother was killed in the Holocaust of Libyan Jews in 1942. “They came and took my father to a labor camp. My mother didn’t want to open the door. The Germans and Italian Fascists gave the door a bang, my mother fell down and a day later she died,” he said.

He saw how Israel had shunted aside the history of his and many other families from Arab countries. “We were always second in importance. The education system never asked me to tell the story of my mother and father. They didn’t concern themselves with my learning about it. It hurt me. I was angry at how they only spoke about the riots, suffering and Holocaust of European Jews, and not about our holocaust,” he told Haaretz.

“True the numbers of Jews killed among us was smaller than in Poland – but it isn’t right that we learned about the Kishinev riots for our matriculation exams while the pogroms against Arab Jews weren’t mentioned. In Libya people were also put in camps. Libyan Jews also hid and suffered.” Kahlon went to school in the Ben Shemen Youth Village. After his military service he went into teaching and counseling youths. Later he got involved in public and economic work in the moshavim and the Histadrut. Alongside this he dealt with memorializing Libyan Jewry, was among the founders of the Libyan Jewish Museum in Or Yehuda, and helped Libyan Jews persecuted during the Holocaust. Kahlon is survived by his wife, Malcha, five children, 13 grandchildren and six great-grandchildren.

Read article in full
Posted by bataween at Tuesday, January 08, 2019