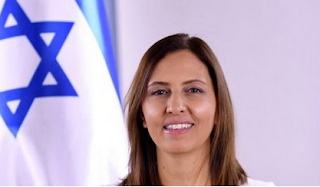 Some 30,000 people have downloaded a smartphone app for documenting the personal stories of Jewish immigrants to Israel from Arab states and Iran in the three weeks since the app first launched on the website Seeing the Voices. The app enables children or grandchildren to interview relatives born in Arab countries or Iran. The Seeing the Voices website already has 500 video testimonies. JIMENA is a partner with the project, and has donated funds for testimonies to be translated into English. (With thanks: Imre, Gina)

An initiative of the Social Equality Ministry, the Hebrew-language Seeing the Voices app is available for free and allows Israelis from Arab countries and Iran to record and upload videos of them telling their stories.

The app is one prong of the Seeing the Voices initiative to tell the story of immigrants from Arab countries and Iran, whose story has been marginalized in Israel. The government has invested 10 million shekels ($2.7 million) in the project to date. Social Equality Minister Gila Gamliel says the application "makes the mission possible and accessible."

"I'm glad the younger generation has mobilized in support" of the project, Gamliel said.