The little-known cause of the Syrian-Jewish refugees

Liat Collins was involved in campaigns for distressed Jewish communities and Soviet refuseniks at  the end of the 1960s. Writing in the Jerusalem Post, she examines the reasons why the Jewish refugees from Arab countries are so overlooked: 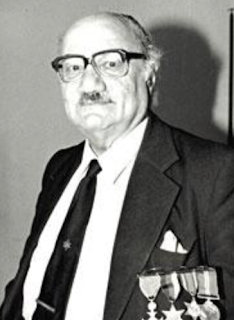 The work on behalf of Sephardi Jewry was much more low-key. I discovered a group called The Jews in Arab Lands Committee headed by the late Percy Gourgey MBE. Gourgey, born in India to an Iraqi-Jewish family, eagerly harnessed my youthful enthusiasm and together with a band of teenage friends I founded a student branch of the committee to help draw attention to the plight of our brethren and interest politicians and opinion makers in this little-known cause.

In many ways the fate of the remaining Jews in Arab lands was worse than that of Soviet Jewry. Drawing attention to a refusenik made the Soviet authorities realize there were international eyes following what they were doing and conditions might be improved as a result; drawing attention to a specific member of the Jewish community in Damascus was more likely to result in that person’s disappearance.

Still, with a huge amount of dedication and daring, many of the Jewish community were ultimately able to escape to freedom. When a couple of years ago I met a man who had fled from Syria as a teen I felt the same sort of satisfaction as I had meeting Sharansky and Knesset Speaker Yuli Edelstein.
Today, I live in an area of Jerusalem’s Katamonim neighborhood fondly referred to as the “Kurdish enclave” thanks to the Kurdish and Iraqi Jews who compose the bulk of the local population. Further down the road there is a large pocket of Moroccan and Tunisian Jewish families, with more French-speakers moving in.

Anyone who thinks that Israel is some kind of Woody Allen-style, Yiddish-dominated culture planted in the Middle East is in for a surprise on their first visit. The descendants of Jews from Arab lands now make up more than 50% of the Jewish Israeli population and when Israelis talk of “mixed marriages” they are usually (jokingly) referring to Ashkenazi-Sephardi ties.
There are plenty of Sephardi (and Yemenite) families who have lived in the Land of Israel for centuries, but the majority of Sephardim arrived after the creation of the state in 1948 – the non-Palestinian refugees who are largely overlooked.