Moving reflections by Philippe Assouline, a Canadian Jew, on the trials and  tribulations endured by his Moroccan-born grandparents. Never once did they complain as they rebuilt their lives from discomfort and destitution.

My parents and amazing grand parents never even told me they FLED Morocco out of fear (how serious the danger was in Morocco is another matter, but it was serious enough, with Nasserist fascism rising) to exile -  an entire, large, 2,600 year-old community within 20 years). They never complained or informed us -- not even once amid thousands of often nostalgic, always very talkative and boisterous shabbat and holiday meals -- that they had to suddenly leave all of their friends, memories, culture, references and belongings behind -- to save their lives and families.

I found out only at the age of 24 that they came to Canada destitute, supported by charity and optimism, and had to start over with many kids in tow. 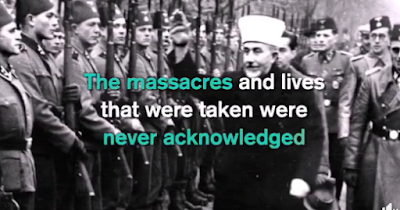 My grandfather z""l, a light unto mankind, lost a coffee making business and became a door to door salesman in the great Canadian north (imagine an African in -30 degree weather, smiling door to door while carrying encyclopedias). My grandmother -- a legend of a woman who made her home feel like the Temple in Jerusalem, z"l - became a seamstress, gathering what she could in extreme elegance. My other grandfather z"l, with his consummate warmth and charm, a heart on each of his sleeves to go with his endless smile, worked into the late night as a tailor, while my dad and others shared a living room as a bedroom, supported by the endless courage of my grandmother z"l, a pillar of knowledge and values, who pushed the entire family to focus on education, self -improvement and dignity.

Never did they whine, play victim or complain. It was unimaginable to even resort to social services in times of need, let alone make the world carry us. Never was I raised to believe that my misfortunes were caused by others or that the world owed me anything. I was raised to believe that I had no misfortunes, BH and that I owed the world to be good and happy. To look forward, be a good CITIZEN, be a good person, and enjoy life and family.

That blessed attitude is why we, ACTUAL refugees, entirely blameless and exiled by Arab regimes and a war we had no hand in starting or contact to, never got redress. This, while the people who chose to wage genocidal war and lost, have appropriated the "refugee" mantle while fitting neither its moral nor legal definition.

It is high time that our story be recognized, and even more than that, the incredible dignity and honor and class of our elders who suffered and kept moving forward with a smile.

And we're just getting started.
Posted by bataween at Monday, December 10, 2018

Because they didn’t ‘play’ victim, they were able to take the difficult steps necessary to save their families, and take root in a strange country that offered safety and opportunities to those who worked for it.