Lack of concern for Jewish plight 'extraordinary and an outrage' (updated)

As part of the 30 November commemorations,   Jewish organisations and parliamentarians in the West ( both Jewish and non-Jewish) have been speaking out on the exodus of Jewish refugees from Arab lands and Iran:

*In the USA, the Zionist Organisation of America echoed recent calls for the UN to recognise the plight of the 800,000 Jews of Arab lands (with thanks: Gina):

The Zionist Organization of America (ZOA) is supporting recent calls for the United Nations to recognize the plight of the 800,000 Jews of Arab lands who were variously attacked, intimidated, dispossessed, expelled and pressured to leave their ancient homes in Arab lands in the wake of the 1948-49 Arab war against Israel. 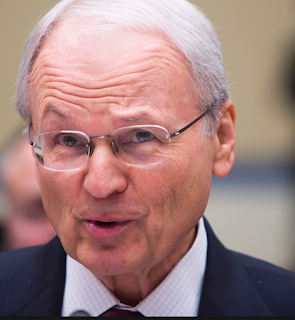 The international community has long fixated on the 350,000 to 650,000 Palestinian Arabs who left the territories of what became Israel during the 1948-49 war to destroy Israel, which they and neighboring Arab armies initiated in 1948, but have been largely silent about the plight of the 800,000 or more Jews that were forced to leave their homes and dismantle their often ancient communities under threat of death, massacre, persecution and intimidation.

Now, the head of Jewish communities that left Arab countries are demanding UN recognition of their plight, which includes lack of compensation for the loss of homes, businesses and all other assets seized from the departing Jews, most of whom were unable to take virtually any of their possessions with them. In a letter to UN Secretary General António Guterres, community leaders, among them Dr. Shimon Ohayon, Director of Bar-Ilan University’s Dahan Center and Chairman of the Alliance of Moroccan Immigrants wrote, “While the UN organizes events to mark the departure of 450,000 Palestinians from Israel upon the establishment of the state, following a war imposed on Israel, we do not see recognition of the expulsion of Jews from Arab countries … We believe the UN strives for justice for all refugees around the world, including Jewish refugees who were expelled from Arab lands. We therefore seek to establish a memorial day for the Jews’ expulsion from Arab lands.”

ZOA National President Morton A. Klein said, “It its truly extraordinary and an outrage that the plight of Jews from Arab lands has never been a point of international concern and action, unlike the Palestinian Arabs who fled Israel largely on their own mainly as a result of a war to destroy Israel which they had initiated in defiance of the UN General Assembly resolution of November 29, 1947 calling for the partition of the British Mandate of Palestine into Arab and Jewish states. 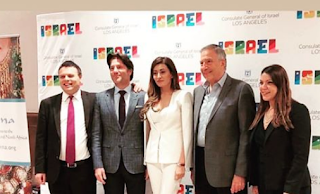 * On the US West Coast, Miss Iraq, Sarah Idan (pictured in white), affirmed her support for Jews driven out of Muslim lands at an event hosted by JIMENA.

* In Canada, parliamentarian David Sweet was one of the few to pay tribute to the 850,000 expelled Jews (with thanks: Rona).
Liberal parliamentarian Marco Mendicino referred to 'devastated families, forced into exile and suffering injustice and human rights violations, violence and even genocide'.

* In the UK, MPs and member of the House of Lords attended a cross-party briefing by the Israel ambassador Mark Regev and Iraq-born refugee Edwin Shuker. (With thanks: Sandra) 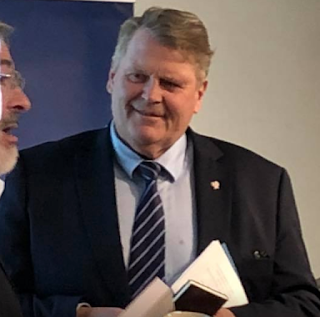 *In Norway, Hans-Frederik Grøvan (pictured), head of the parliamentary Friends of Israel, spoke at the first commemorative event ever held in Oslo for Jewish refugees from Arab countries and Iran.

*In Australia, The New South Wales Jewish Board of Deputies organised a commemoration at the Sydney Jewish Museum. “This is the hardest conversation I’ve ever had – but the harder a conversation is to have, the more important it is to have it,” said David Tsor, 21, the descendant of Libyan Jews, as he began addressing the 250 guests. (With thanks: Vernon)