Today is 30 November, designated as the Day to remember Jewish refugees from Arab countries and Iran. Commemorations have taken place in Jerusalem, New York, San Francisco, Montreal, Paris, Geneva, Dublin, Sydney, London, Birmingham, Miami, Oslo; there are more events to come. This article by Lyn Julius tells the story of just one refugee - in the Huffington Post.

Linda Hakim left Iraq for London in 1970. But she has never been able to shake off the fear she had felt growing up as a Jew.

She heard mobs in Baghdad, after Israel’s Six Day War victory, screaming ‘death to Israel, death to the Jews.” She escaped a lynch mob only when her fast-thinking headmaster bundled her and a group of Jewish students into his VW Beetle.

She will never forget the TV spectacle of nine innocent Jews — some only teenagers — swinging from the gallows in Baghdad’s main square in 1969 as hundreds of thousands sang and danced under the bodies. 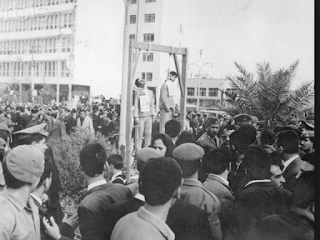 Even when her family had boarded the plane bound for London having abandoned their home and possessions, they could not let down their guard. The Iraqi police arrested a classmate of Linda’s and escorted him off the plane.

Even today, every time she sees a police uniform, Linda’s heart races. Linda found a haven in England, and her children have grown up in freedom, tolerance and acceptance.

But in its obsession with Palestinian refugees, the world has never recognised the trauma that a greater number of Jewish refugees from 10 Arab lands and post-1979 Iran went through — human rights violations, wholesale robbery, seizure of property, internment, even execution.

The ethnic cleansing of the Arab world’s Jews preceded the persecution of its Christians, its Yazidis and others. On 23 June 2014, the Israeli Knesset passed a law designating 30 November as an official date in the calendar to remember the uprooting of almost one million Jewish refugees from Arab countries and Iran in the last 60 years.

Read article in full
Posted by bataween at Friday, November 30, 2018