Why Rachel Shabi's 'alliance of colour' will go nowhere

Our token Mizrahi Corbynista has been gracing the columns of the Guardian as a  pundit commentating on local politics. But on the question of the antisemitism rampant in the far-left of the UK Labour party, a note of anguish has been creeping into our Shabi's writings. 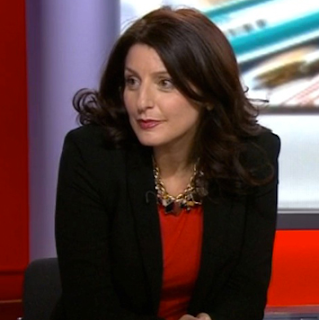 In response to a Labour centrist MP's charge that Labour is 'institutionally racist', her latest piece acknowledges that antisemitism is a real problem in Jeremy Corbyn's faction. What about anti-Zionism? Is there such a thing as antisemitic anti-Zionism? 'Zionism is both racist and anti-racist', she fence-sits unhelpfully, despite having written a book portraying Mizrahim as victims of Israel's Ashkenazi establishment.

She finds the view common among leftwing ideologues  that Jews are 'white' allies of the Christian West to be wrong. "We are a racialised minority' she protests.  She herself is a Mizrahi Jew of Iraqi origin.

Her answer is to start a Jewish-black-Asian-Muslim alliance that would relaunch Jews as 'people of colour'. This alliance is not based on shared Judeo-Christian values. 'If there is a historic sharing of values it is a Jewish-Muslim one,' she writes.

" Commonly but by no means exclusively used by the far right as a way of excluding Islam, this Judeo-Christian tradition is a surprise to those who recall that the deadly depictions of Jewish people as responsible for killing Christ or drinking the blood of babies came out of Christian Europe. Or that Jews and Muslims enjoyed the centuries-long creative coexistence of a Golden Age in Spain – until Christian armies rolled up and expelled both communities in 1492. Or that Jews living in Arab and Muslim lands did not suffer the regular pogroms and persecutions inflicted upon their co-religionists in Christian Europe during the same period. If there is a historic sharing of values, it is a Muslim-Jewish one."

Here Shabi indulges in 'dhimmi denial' while trotting out the hoary and simplistic myth of Muslim-Jewish coexistence in medieval Golden Age Spain. The status of Jews in Spain was precarious, and expulsions of Jews by the Muslim fundamentalist Almoravids and Almohades did occur. (Christian armies did not simply 'roll up' in 1492, but the Reconquista had begun centuries earlier. )

Shabi's new alliance 'of colour' will go nowhere unless it admits that   Arabs/Muslims  could be antisemites, oppressors, colonialists and slave-traders. But that would mean taking a stance against the 'politically-correct', anti-western orthodoxy of our times.

Posted by bataween at Wednesday, September 12, 2018

Anti-Zionism is that form of anti-Semitism that  promotes contempt ,discrimination or dehumanization of the Jews as a people group or national group.