Telegraph : 'Jews are only safe because of Israel'

For perhaps the first time in a mainstream British newspaper, the narrative of the Jewish refugees from Arab countries, who found refuge from persecution and death in the Jewish state, is used as a moral argument against the anti-Zionism of the hard left. Column by Allister Heath in the Telegraph:

I’m a Zionist, dear reader, and I cannot understand how any mainstream politician in Britain today could not be. I find the fact that so many on the extreme Left and at the top of the Labour Party now routinely describe themselves as anti-Zionists to be not just baffling but absolutely horrifying. The implications of their ideology fill me with dread, and the fact that the Labour Party has now adopted, with a key caveat, the international definition of anti-Semitism resolves very little. 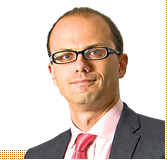 Allister Heath: 'it is horrifying to be anti-Zionist'

Zionism involves accepting a simple proposition: the Jewish people should have their own country in the historic Land of Israel, from where they were expelled all those years ago. Zionism is not a programme for government; it is neither “Left-wing” or “Right-wing”. Apart from agreeing that there should be Jewish national self-determination in a viable, secure homeland in Israel, Zionists disagree on everything else, including on where borders should be drawn. Plenty believe that Palestinians have been very badly treated.

It was one thing to be an anti-Zionist in 1896, when Theodore Herzl published Der Judenstaat, launching the modern Zionist movement; or in 1898, when Emile Zola wrote J’accuse in defence of a Jewish officer set up by the French establishment; or even in 1917, when Lord Balfour issued his declaration officially supporting “the establishment in Palestine of a national home for the Jewish people”.

Israel didn’t exist then, even though tens of thousands of Jewish refugees had already fled to Palestine. Some were even tempted by alternative locations, including Uganda, or by the view that America was the real promised land, despite the fact that Temple Mount, the holiest site in Judaism and the Western Wall are to be found in Jerusalem.

In fact, in the early 20th century, many Jews were opposed to Zionism, despite the pogroms and ambient anti-Semitism; the Holocaust proved these anti-Zionists catastrophically wrong but it was, at the time, perfectly legitimate to debate such issues.

But once Israel was created in 1948, following a vote by the UN General Assembly, anti-Zionism became either obsolete or an entirely different, malign proposition. The original debate is over: Israel now exists. Being a Zionist today thus means advocating the survival of Israel, a prosperous country of 8.5 million that has just turned 70. Being an anti-Zionist must therefore entail reversing this, seeking to undermine Israel to such an extent that it ceases, for all intents and purposes, to exist in any recognisable form, with all of the calamitous implications that this implies for its Jewish citizens, given the hostility of most of its Arab neighbours.

To be clear, those who rail endlessly against “the Zionists” aren’t merely demanding a two-state solution (a goal that most Israelis and all Western democracies rightly support), better treatment for Palestinians or even lobbying for a Left-wing party to win the Israeli elections: all of that would be compatible with Zionism. No, what today’s anti-Zionists are committed to is far more radical and extreme, which is why Left-wing Israeli politicians have fallen out with the Corbynites.

The hard-Left wants to dismantle the only truly democratic nation state in the region and, one way or the other, force the Jewish people, once again, into minority status, subsuming them into some greater, antagonistic regional autocracy. There would no longer be Jewish self-government, a majority Jewish state: the Zionist interlude would be over.

Imagine the implications of such a “one-state” solution and what would happen to Israel’s 6.5 million Jews under any realistic version of such a scenario: that is why anti-Zionism is such a shocking ideology, and why anybody in Labour who subscribes to it should be ashamed of themselves. Anti-Zionism of the sort propounded by the hard Left is racism of the worst kind: obsessed with delegitimising the world’s only Jewish country (and no other), in the full knowledge that its existence is what protects its people from persecution, misery and even death. How is that not anti-Semitic?

Jewish minorities in North Africa and the Middle East suffered immensely over the past 100 years, and are only safe today because of Israel’s existence. There were regular riots and outbreaks of murderous violence long before the rise of fascism in Europe, and it got much worse during the Second World War and its aftermath.

In Uprooted: How 3,000 Years of Jewish Civilisation in the Arab World Vanished Overnight, Lyn Julius recounts how almost the entire Jewish populations of North Africa and the Middle East were ethnically cleansed, partly in retaliation for the creation of Israel, even though they had been settled for thousands of years. Some 850,000 Mizrahi and Sephardic Jews were forced to leave, with the vast majority moving to Israel. So much for the idea that Israel is racist and that Jewish Israelis are all “white colonial settlers”, a claim that is hideously offensive as well as wrong on all counts.

Jeremy Corbyn's statement to the Labour NEC this week said that it should not be deemed “anti-Semitic to describe Israel, its policies or the circumstances around its foundation as racist"

There were 100,000 Jews in Tunisia during the Second World War; today there are barely 2,000. In Egypt, there were 80,000 Jews a century ago; now there are just a handful. The same happened in Iraq, Iran, Algeria, Morocco, Yemen and everywhere else across the region. Yet in the hard-Left’s world-view, these refugees don’t seem to count. Why?

The reality is that Israel is the best place in the region to be a minority. Why do the Corbynites not care about the massive exodus of Christians from Iraq in the 2000s, or the fate of the Kurds, or the Baha’is in Iran and Yemen? Or the massacres in Syria, which amount to the worst crimes against humanity in recent history? Or, more generally, the hideous, never-ending violations of human rights across the region, and the fact that so many Muslims have been murdered by governments and the likes of Isil in recent years? Why do they only seem to care about Israel?

Why did Jeremy Corbyn’s statement to Labour’s NEC, which was rejected, include a passage stating that it shouldn’t be deemed “anti-Semitic to describe Israel, its policies or the circumstances around its foundation as racist because of their discriminatory impact”? What does the hard Left imagine a triumph of anti-Zionism would look like?

If Labour really wanted the best for the Middle East, it would return to its Zionist roots and dedicate all of its energy to seeking a genuine, workable peace and a two-state solution. Until then, it doesn’t deserve even the faintest whiff of power.

'Yet in the hard-Left’s world-view, these refugees don’t seem to count. Why?'

Because like almost every other refugees, they don't carry it on to the next hundred generations like the Palestinians who are being indulged in that above anyone else

This is an excellent and a necessary article: the level of ignorance of historic truth is abismal and the media, the press should endeavor to teach history.
Indépendance and sovereignty of the jewish people in the region where it has the most ancient roots, predating Christianity and Islam by many centuries, is the only alternative to "Dhimmi" status, a humiliating and cruel form of apartheid which was imposed on the Middle Eastern and North African Jews by the 7th century Muslim conquest and occupation.