Remember Baghdad? Mizrahim are in a better place 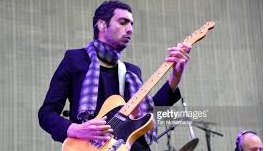 Dudu Tassa, one of the new breed of M|izrahi  musicians making their mark on Israel

Nostalgia can be a dangerous thing, for it might make you long to be in a worse place than you happen to be. Rachel Wahba blogs in The Times of Israel:

Romanticizing the Jewish Quarter of Baghdad was the height of stupidity. “Booma” (unwise owl), she chided lovingly. Here we were, in California, in her San Francisco kitchen, with a view of the Golden Gate Bridge and I was talking about wanting to live where?

Abu Sifain, the Jewish Quarter, was the last resort, should her father’s business fail.

“I remember going there to visit relatives… at the entrance you had to pass a line of blind beggars sitting in their kaka.”

“Of course, lots of poor Jews in Iraq,” she sounded surprised I was so ignorant, but I live in America.

Ever pragmatic, “It’s a good thing it was so hot in Baghdad; it (the feces) dried up quickly,” she added.

“And not only that, where do you think they come first when they come for you?” The Jewish Quarter was the most vulnerable, “…always the poor get it first — we were all sitting ducks in the Farhud, they almost got to us, but luckily we lived in a suburb further out …”

She remembers the screams, “It was our pogrom.”
Even though I’ve heard the story before, it’s always as if I am hearing it for the first time. Rampaging mobs storming the alleys, the dwellings pillaged, the girls raped, the looting, the horror.

“The screams, the screams, they were coming for us…”
Mom never forgave the British for not intervening sooner. “What’s a few Jews to appease an appetite? Let the Arabs take it out on the Jews.”
It took 48 hours of terror before the British, who had a base nearby, gave the order to stop it.

“We went to see after, not a grain of rice left, the plundering was unbelievable… we will never know how many girls and women…thousands of lives ruined.”
The Jewish Quarter was decimated, its residents broken, Baghdad’s ancient and strong-despite-it-all Jewish community traumatized.

But it took Sami Michael’s brilliantly executed novel, “Victoria,” set in the Jewish Quarter, to cure me of my romantic notions of community, continuity, and connection. I felt transported to a place I would only want to get out of.

Read article in full
Posted by bataween at Wednesday, September 19, 2018