Congressmen write to Trump about archive

Three members of Congress have written to President Trump 'strongly objecting' to the Iraqi-Jewish archive returning to Iraq. Four members of the Senate have already introduced a bill to this effect. Israel Hayom reports: 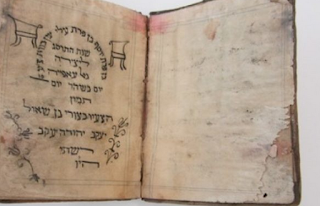 “In 2003, in the flooded basement of Saddam Hussein’s secret police headquarters, U.S. forces in Iraq found a trove of Jewish artifacts,” the letter reads. “The U.S. rescued these precious documents and brought them to the United States. … We strongly object to these documents being returned.”
The three lawmakers said that although “they respect the right of any nation to have its rightful cultural and historical artifacts returned to it. … In this case, the return of these treasures to the custody of the Iraqi government would be extremely inappropriate.”

Read article in full
Posted by bataween at Tuesday, September 04, 2018