With thanks: Soly Anidjar and Michelle

Victor Deloya, one of the main organisers of the migration of Jewish children from North Africa to Israel via Norway in 1949, has died.

Victor Deloya was born in Casablanca, the eldest of eight children. He left Morocco to teach, and while in Marseille became the first Moroccan to serve the Hanoar Ha'Aliya Zionist youth group.

He was the father of four children, and grandfather of eight. At the time of his death he was living in Miami and New York, while continuing to work for Israel. He was the president of the Sephardic Moroccan community in New York, and took care of his small synagogue as a technical officer while working on his family's genealogy. 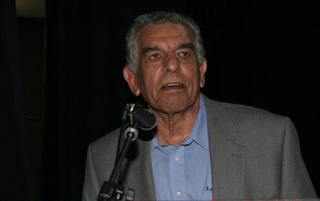 In 1949 at the age of 18, after a long stay in Norway, he brought back 200 North African Jewish children (the children of Oslo) to Israel.

Victor Deloya  was forced to leave the country following the illness of his wife Anne-Marie. She was also involved in the Children of Oslo project. She suffered from multiple sclerosis, and lived in Norway until her death a few years ago. 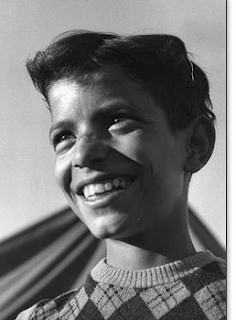 Isaac Allal, the only survivor from the plane crash taking children from Tunis to Oslo in November 1949.

In 1949 an agreement was signed between the JDC and the Norwegian Ministry of Welfare to admit 200 Jewish children from North Africa to a tuberculosis recovery centre,  to strengthen their health prior to  moving to Israel.

In April 1949 the first group of 200 Moroccan children arrived at the Norwegian Centre. The second group was from Tunisia. On 20 November 1949 two DC-3 Dakota aircraft of Euro Netherlands, took off from Tunis to Oslo. One plane arrived safely. The second plane landed in Brussels for radio repairs and took off at 12:56 continuing to Oslo. Just before landing the pilot encountered heavy fog. He lowered his plane in the mountainous terrain. Near Hurom, 30 miles south of Oslo, one of the aircraft wings hit a tree. The plane continued another 60 feet and crashed into a mountainside. The impact of landing flipped the plane over: most of the passengers were knocked out and the front of the plane caught fire. All the children were killed except for one, Isaac Allal.

In 2010, the Israeli government commemorated the 'Oslo Children’s Disaster' in a state ceremony.


More about the Oslo children.
Posted by bataween at Monday, July 23, 2018

Well written article. One thing that puzzles me though. Why bother going from North Africa to Israel via Norway? That's like going from LA to new York via Buenos Aires.

It was Norway's contribution to helping the Jews after the Holocaust. The Jewish children were sent to a 'rehabilitation' centre - presumably they were not particularly healthy.