There is a good case for not sending the Iraqi-Jewish archive back to Iraq, writes Sheldon Kirchner in the Times of Israel. Now that the archive has been digitised, there is no reason why  Iraq should not have a  copy. (With thanks: Imre)

A compelling argument for maintaining the status quo with respect to the present locale of the archive was made last year by Gina Waldman, the founder and president of Jews Indigenous to the Middle East and North Africa. As she put it, “There is no justification in sending (it) back to Iraq, a country that has virtually no Jews and no accessibility to Jewish scholars or the descendants of Iraqi Jews. The U.S. government must ensure that (it) is returned to its rightful owners, the exiled Iraqi Jewish community.” 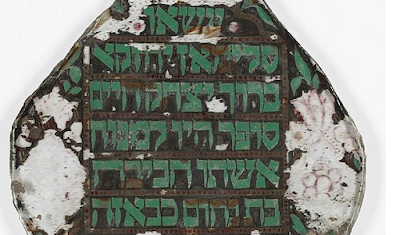 That doesn’t mean that Iraq should be totally deprived of its cultural patrimony. Since the archive has been fully digitized, there is no reason why a copy of it should not be made available to Iraq. The Iraqi authorities could then display the most important pieces in a permanent exhibition, thereby enabling Iraqi Muslims and Christians to learn a valuable lesson in history.

With the flight of most of Iraq’s 120,000 Jews following the declaration of Israel’s statehood, a succession of governments demonized, marginalized and persecuted Jews, obliterating their stellar contributions to Iraqi society. This policy hardened after the 1963 Baathist coup, the 1967 Six Day War and the 1979 accession to power of Saddam Hussein.

A digitized version of the Iraqi Jewish Archive in Baghdad could have a positive influence on Iraqis who wish to expand their knowledge of their nation.