70 years ago, Morocco pogroms caused 10% of Jews to flee

This month, seventy years ago, a murderous riot broke out in the cities of Oujda and Djerada in which 44 Jews died. As a result, 10 percent of the Jews of Morocco fled. Point of No Return is republishing a blog we first posted seven years ago: 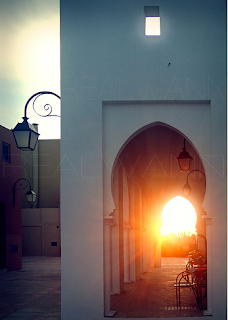 On the morning of 7 June 1948, a riot broke out against the Jews in Oujda (Morocco), a city in the north-east of the country close to the border with Algeria. Five Jews were killed and many wounded.

The following day, 8 June, the rioting spread to the small mining village of Djerada, 60 km south west of Oujda. There, the Jewish community numbered some 100 souls: 38 were slaughtered, sometimes entire families. Among the dead was the community's rabbi, Moshe Cohen, and his wife, his mother, 13-year-old son, daughter aged six and a baby of one year. The badly wounded were left for dead. Material damage was great, especially in Oujda.

The Pasha of Oujda expressed his regrets and went to meet each individual victim's family. Subsequently he was violently attacked in the mosque of Oujda. Prosper Marciano, commenting on the weblog Dafina, reveals that one of the victims was his maternal grandfather Messaoud Bendayan, lynched and hurled from a balcony.

According to the historians Haim Saadoun and Yaron Tsour and others, quoted by Jeff Malka in his blog SephGen, several factors led to the outbreak of rioting:


1. The feeling of brotherhood towards the Palestinian people;
2. The huge progress made by the local nationalist movement of independence;
3. The fact that hundreds of young Jews were illegally leaving Morocco and crossing the border between Morocco and Algeria, close to Oujda en route towards France and Israel;
4. The speech given by the Moroccan Sultan, Mohammed V, in which he expressed concern about Morocco's Palestinian Arab brothers, although emphasizing Moroccan Jews' loyalty to Morocco. He ended by calling for countrywide calm. Unfortunately, many listeners only heard the first part of his speech.

Some claim that the massacres were deliberately instigated by the French authorities following a failed attempt to incite trouble in Fez on the last day of the Maimouna festival, but Michel Abitbol, in his book Le passe d'une discorde, says there is no evidence for this. What is clear is that in both places, the police arrived too late to prevent the disturbances and were only able to take note of material damages.

The result was that 10 percent of the Jewish population of Morocco left in the first wave of emigration to Israel, according to the historian Andre Chouraqui. The leaders of the Miners' Federation were accused of being behind the massacres and brought to trial. The verdict was delivered on 25 February 1949: none was condemned to death, but four were given life sentences for hard labour, and others sent to prison.
Posted by bataween at Saturday, June 30, 2018