In an article typical of the current Saudi mellowing towards Israel, a Saudi writer has slammed the Arab and Palestinian leadership for their rejectionism and the empty talk of Arab League conferences. 'He who wants everything loses everything,' writes Mash'al al-Sudairi in the Saudi news media, Al Sharq al Aswat. (With thanks: Lily) 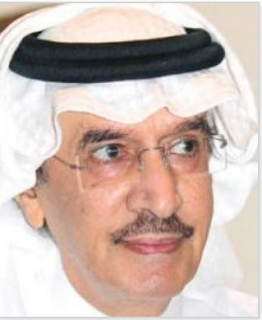 Mash'al al Sudairi
"In advance of [every] Arab League summit, I break out in hives writing on any political issue – particularly on the Palestinian issue, an extremely just issue that is handled in the worst possible way. To date, there have been 41 [Arab League] summits, from the 1946 Inshas summit in Egypt to the most recent Al-Quds Summit [in April 2018, in Saudi Arabia].[2] Heading the list [of subjects] at [all] these summits has of course been the Palestinian issue; all of them have concluded with nothing. Unfortunately, the Arabs are incapable of fighting and incapable of making peace, and this is their complex tragedy.

"We must admit frankly that the ones who damaged the [Palestinian] cause more than anyone else were some Palestinian leaders and some Arab leaders. Enumerating them one by one, [Jerusalem grand mufti] Amin Al-Husseini, during World War II, naively gambled on Hitler with the entire weight of the Palestinian issue. He said in a speech: 'The Arabs are the natural friends of Germany because they have common enemies – the British, the Jews, and the Communists – and they [the Arabs] are willing to participate in the war.' But Hitler had no position on these statements. Al-Husseini remained in Germany, receiving a monthly salary of 150,000 marks, but the moment Germany's defeat became clear, he fled to Cairo; he was the one who tried to combine the ideology of the Muslim Brotherhood and the Nazi ideology. This position of Al-Husseini brought the rage of Britain, Russia, and the U.S. down upon him, and he added fuel to the fire by opposing the [1947 U.N.] partition resolution giving the Palestinians 49% of the territory – such that as soon as the State of Israel was declared, Russia and the U.S. were the first to recognize it.

"The same goes for Yasser Arafat, who refused to participate in the Mena House conference in Cairo,[3] which might possibly have regained the West Bank, even before a single [Israeli] settlement had been built in it.  Several years later, and after the West Bank filled up with settlers, our brother [Arafat] told us of the distorted solution called the 'Oslo [Accords].

"No practical or rational solution came out of all these serial [Arab League summit] conferences [over the years] except for two: the 1980 [sic; 1981] conference at which [Saudi] King Fahd's peace plan was proposed,[4] and the 2002 conference [at which Saudi] King Abdullah's Middle East peace initiative [was proposed]...