With thanks: Alain, Paulette

Writing in the New York Times, Michael David Lukas has been searching out  traces of a lost Jewish presence in Tunisia, Egypt and other places. So far, so very romantic. But as Elder of Ziyon points out, not once does he mention why these Jews left - the  result of Muslim antisemitism. 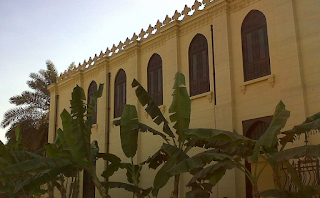 "He ends off the article this way:

But that’s all the more reason to search out those places. In visiting these semi-abandoned cemeteries and synagogues, in seeking out the remnants of this mostly forgotten past, I’ve tried, in my own small way, to pay my respects to the dead and to remember that lost world in which they lived.

Not once in the article is the reader given any context as to why the Jews who had lived in these places for so long suddenly disappeared.

The taboo of mentioning the obvious fact of Muslim antisemitism - especially after Israel was reborn, but also throughout history - is simply too strong.

Instead of being ethnically cleansed, the Jews who attended these synagogues just magically disappeared."