Harif writes to Westminster MPs about the 'other' refugees

To mark World Jewish Refugee Day, Harif, the UK Association of Jews from the Middle East and North Africa, has written to all Members of the UK Parliament at Westminster to remind them of the existence of Jewish refugees from Arab countries.

The catalyst for the campaign has been 'The Great March of Return' in Gaza. This demonstrates that the objective of the Hamas regime is not 'two states for two peoples', but 'a right of return' for Palestinian 'refugees', with the aim of overwhelming the state of Israel by demographic means.

The need to raise awareness of the Jewish refugees issue has become all the more acute since the leader of the opposition, Jeremy Corbyn, reaffirmed his support for the 'rights of Palestinian refugees'. 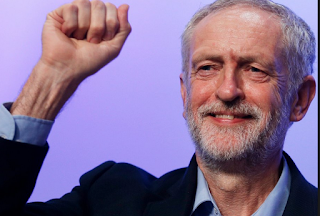 'To acknowledge Palestinian refugee rights without also recognising Jewish rights would be a distortion of the truth and a grave injustice. No credible peace settlement could be reached,' says the letter. MPs who wish to find out more are advised to consult the Harif and Point of No Return websites, or to invite Harif in to give them a personal briefing.

Here is the text of the Harif letter to MPs:


The Other Middle Eastern Refugees

You may be aware that the leader of the Labour Party, Jeremy Corbyn, recently re-iterated his support for the rights of dispossessed Palestinian refugees.

While Palestinian suffering needs to be acknowledged, there is no question that in 1947-48 (and in some cases much earlier), Arab countries, with the encouragement of the Palestinian leadership, deliberately targeted their Jewish populations, stripping them of citizenship and forcibly depriving them of their property. Some 850,000 Jewish refugees also arose out of the 1948 conflict between Israel and the Arab states. In one of the worst examples of ethnic cleansing in the 20th century, violence, expropriations and expulsions ensured that ancient and long-standing Jewish communities, which in many cases had predated Islam by a  thousand  years, ceased to exist.

The majority of these Jews sought refuge in Israel where, after great hardships integrating in large numbers into a state that was struggling with many other economic, social and military challenges, they were fully absorbed. Unlike Palestinian refugees, no Jew still calls him or herself a refugee. 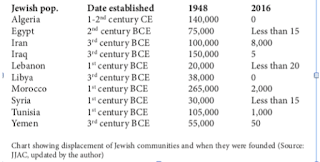 At the time this injustice was recognised by international actors: the UN High Commission for Refugees (UNHCR) recognised on a number of occasions that the plight of the Jewish refugees fell within its remit. This is also why UNSC Resolution 242 refers to “a just settlement of the refugee problem” without specifying the “Arab” or “Palestinian” refugee problem.

It must be recognised that an exchange of roughly equal numbers of refugee populations took place between Jews and Palestinians. Today, the Jews from Arab and Muslim countries form over 50 percent of the Jews of Israel.

To acknowledge Palestinian refugee rights without also recognising Jewish rights would be a distortion of the truth and a grave injustice. No credible peace settlement could be reached, quite aside from the impact of a mass “right of return” on Israel’s character as a Jewish state, and the way in which this would undermine the principle of “two states for two peoples”.

I congratulate Harif. Umbrella organization of French Jewish organizations CRIF didn't write to Parliamentarians. I regret that your chart doesn't mention Turkey and Jews who were expelled from the Jewish quarters of the Old City of Jerusalem. I think it could be relevant to add the Jews who were expelled from Judea, Samaria, the Gaza Strip and the Golan Heights (40,000?).

Thanks for sharing this information with us. It's very helpful for us.