Diarna races to map Jewish heritage in the Arab world

Since 2010, Boston-based Diarna (“our home” in Judeo-Arabic) has used the latest in 3-D digital mapping technology alongside traditional scholarship and oral interviews to document more than 2,500 Jewish sites in the Middle East and North Africa. But the race is on to record these sites before they disappear altogether, Larry Luxner writes in the Times of Israel (With thanks: Vernon, Yvonne): 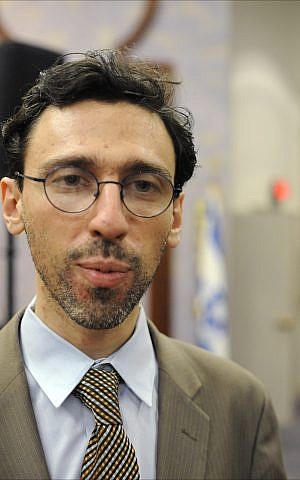 “When I talk about Jewish fortresses in Saudi Arabia, I get blank stares. But this highlights a forgotten history and also the sensitive nature of the work we’re doing,” said Jason Guberman, Diarna’s co-founder and coordinator.
“This is a historical project. We don’t get involved in the politics of the region. We focus on identifying and documenting sites, and on gathering data,” he said.
Guberman, interviewed during a recent speaking trip to the Washington, DC, area, said the concept behind Diarna took shape 10 years ago. It was spurred by his early graduation from college and a vague desire to chronicle the history of Middle Eastern Jewry outside of Israel. 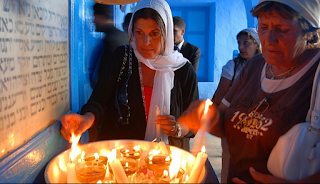 Jewish pilgrims at the al-Ghriba synagogue in Djerba, Tunisia.

“A friend who had just gotten back from Morocco said his daughter had Jewish roots there, and he was concerned how she’d connect with her Jewish heritage, as sites were decaying and getting destroyed,” Guberman recalled.

“We started thinking about how we could preserve this heritage and make it accessible. Then we struck upon this idea of using Google Earth to identify and document sites. We had two laptops — one showing Google Earth and other connecting pictures. With that gap year ahead of me, and this crazy network of friends throughout the Middle East, we launched in August 2008,” said Guberman.

I hope the readers of this blog will supply former home addresses, business property addresses and Jewish communities' location throughout the Arab and Islamic world so that these too can be documented along with synagogues who served these communities.