How an Iraqi-Israeli inflitrated the Muslim Brotherhood 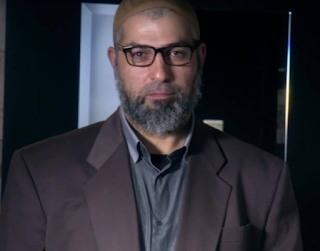 Zvi Yehezkeli is a fairly well known face around Israel. He's a fluent Arabic speaker of Iraqi-Jewish origin. For more than 15 years, the journalist and religious father of five has appeared on Channel 10 News, reporting on the Arab world. But for a couple months over the past two years, Yehezkeli became someone else entirely: Sheikh Abu Hamza. He used this identity –  to film an in-depth series on the role of the Muslim Brotherhood in the streets of Europe and the United States. See profile in the Jerusalem Post: (With thanks: Lily)

In the first installment, Yehezkeli – or Abu Hamza, wired with secret cameras and microphones – explored the mosques, schools and bookstores of the Muslim community in Paris.

“The Western world isn’t always reporting on these things because they don’t understand their significance,” Yehezkeli said in a recent interview with The Jerusalem Post. “I think the job of a journalist is to report on the things we don’t understand.”

Yehezkeli set out to show the infrastructure and the influence of the Muslim Brotherhood in Paris.

“I think people should see their doublespeak, their approach to mosques and schools,” and attempts to control the Muslim community in France and elsewhere in Europe, he said.

The upcoming episodes, said Yehezkeli, will show additional footage from France as well as his journey posing as a Syrian refugee traveling from Turkey to Germany. The final two episodes, which the journalist said basically make up a free-standing documentary, focus on the United States.
In this episode, he surveys the scene in France. One of the startling things he is told is that the French authorities are preparing for a civil war within the next decade or so.

Click here to see episode on the 'quiet jihad' in France

Email ThisBlogThis!Share to TwitterShare to FacebookShare to Pinterest
Labels: Islamism, Jews of Iraq