This important article in the Jerusalem Post by Hen Mazzig berates anti-Zionist Mizrahi intellectuals such as Ella Shohat and Zvi Ben Dor Benite. While condemning Zionism as Ashkenazi racism towards Mizrahim, they are shills for Arab nationalism and imperialism, at the expense of the rights of indigenous non-Arab and non-Muslims. 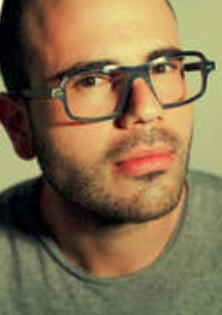 The “Arab world” today is the creation of modern pan-Arabism, which arose with the fall of the Ottoman Empire and which has roots in the Arab empires of the Middle Ages. The term “Arab Jew,” a term not historically used by Mizrahim (Jews of the Middle East), has been bandied about by self-proclaimed anti-Zionist Mizrahi intellectuals such as Ella Shohat and Zvi Ben-Dor Benite and is now becoming mainstream in academia.

They further claim that they are in exile from Iraq and reject Zionism and Israel (both live in the US) because they say Zionism is racist against Mizrahim.

Their perspective runs against the view of the vast majority of Mizrahim in Israel who, despite the difficulties we and our parents faced in the “Maabarot” (the Jewish refugee camps  Mizrahim were sent to by the Ashkenazi [European] Jews when they first arrived to Israel) are Israeli patriots and Zionists.

These anti-Zionist scholars claim that the Mizrahi community turned Right politically only because of discrimination at the hands of the Labor Party.

This is an incredibly patronizing view that has no connection whatsoever to reality.
Shohat and Benite have created a narrative that is reflective of only their wild imaginations and Arab nationalist fantasies.Many Mizrahi Jews were Zionist long before the establishment of Israel. And while some Mizrahi Jews had friendly relationships with their Arabs neighbors, like the Christians in the Middle East they were without sovereignty and equality and were therefore often victimized throughout their history in the Muslim Diaspora.

These scholars also belittle the Mizrahi experience, the lives of 850,000 Jewish refugees who even in the successor states to the Ottoman Empire of the early twentieth century were de facto treated as “"dhimmis,” Arabic term for protected minority that pays for said protection, until the oppressor decides to end this agreement.

The story of my family, and the Jewish Iraqi community, is a great example of the aforementioned.
In Iraq, despite being “equal citizens,” they experienced ongoing oppression, which culminated in the brutal attack of the Farhudnd other anti-Jewish attacks. The Farhud was a Nazi-incited riot in 1941 that claimed the lives of hundreds of Jews and forced the country’s entire Jewish population to live in absolute fear.

These refugees, many of whom joined relatives who had already left decades earlier, building cities and neighborhoods like the Kurdish Jewish community in Jerusalem and the Yemenite Jewish community in Tel Aviv. They sacrificed whatever they had left, and happily returned to their indigenous homeland, Israel, which they contributed mightily to building up and defending.
Shohat and Benite glorify a minority of assimilated Iraqi Jews who regretted leaving Iraq as if they represented the majority. They do not. Many Mizrahi Jews seem to be able to do what these intellectuals cannot, which is to appreciate Arab (and Persian, and Kurdish, and Berber and Yemenite) culture without rejecting Israeli culture and sovereignty.

These anti-Zionist scholars in fact reverse the empire-nation narrative. Israel is national entity while the Arab world is an imperial one. You can always tell an empire by language. Arabic is an imperial language like English and French, promoted through settler-colonialism and imperial hegemony throughout the Middle Ages. Since the twentieth-century rise of pan-Arabism, leaders advocated Arabization policies of indigenous national groups, whether the Kurds, the Berber or the Sudanese, and sought to permanently reduce the status and power of indigenous religious groups, such as the Copts and Maronites, across the region.

These “progressive intellectuals” and their ideas neglect the truly oppressed minorities, while promoting Arab imperialistic ideas. They completely ignore the Copts, Kurds, Berbers and Maronites who are now increasingly reclaiming their autonomy and sovereignty. We are so used to the “Arab world” that we forget it is a product, in modern terms, of Nasser and his encouragement “Arabization” programs whether in Algeria or Iraq, as well as of the Saudis and other Gulf leaders who have also encouraged “Arab” unity.

These intellectuals never speak about Arab imperialism, about Saddam and the Kurds, about the war in Algeria, or the Berbers. Granted the latter causes are hardly as popular as the Palestinian/Arab one, which has the backing of Gulf oil money and the support of European intellectuals who march for Palestine and have not uttered a peep about the Kurds in the most recent war.

How self-serving is it for them to receive applause in Europe? But even in Israel, the anti-Israel political wing, mainly the Ashkenazi Left, is accepting them as a new tool to advocate against Zionism. They finally have a “brown” Jewish face to spout their narrative.

The greater issue is that there is a misguided school of thought dominating global academia which is distorting the whole imperial and colonial history of the region. There have been several nations that have acted as empires in the region, conquering, settling and dominating peoples outside their own homeland. These have been the Arabs, Turks and Iranians, and more recently the British, French and Italians. The Jews, in contrast, have merely returned to their only homeland. Israel is the only Jewish state in the world and 0.3% of the entire Middle East. The central narrative of Judaism is the story of national liberation in the face of an imperial power. The liberation of Jews from other empires has occurred in living memory.

Read article in full
Posted by bataween at Monday, April 02, 2018

I see that Shohat and Benite are quite happy to stay in the US and not "go back" to Iraq. Has either one ever been in Iraq?

Now, it is quite possible, maybe likely, that neither was an anti-Zionist until going to a university. As far as I know, Ilan Pappe was not especially anti-Zionist until he went to an American university, maybe Notre Dame, and then later went to Oxford where he was influenced by Albert Hourani. When I was in an American university, there was quite a strong pro-Arab nationalist leaning among some of the faculty in relevant subjects, although not everyone was that way and there were some Zionists among the faculty. However, the situation is much worse now. Bear in mind, by the way, that almost all US univerities are Establishment institutions. So the pro-Arab, anti-Zionist leanings and prejudices often reflect Establishment preferences and prejudices. Ask yourself who set up the new Middle East Studies programs and departments that became so common after the Six Day War. Who picked the initial faculty for those new departments?

As to why British troops let the Farhud go on for two days before intervening, see the quote from former British officer Somerset de Chair at the link below: