Yemenites reunite with US pilot after 70 years

More than 200 Yemenite immigrants, many of whom came on the Wings of Eagles operation, gathered in Be'er Sheva to hold a festive reception for Captain Elgin Long, 91, the last of the surviving Alaska Airlines pilots. The American company   brought 1, 800  Yemenite immigrants to Israel in a secret operation. Report by Branza. (With thanks: Yoel)

Long, who flew especially from Los Angeles to Israel, was very excited: a Yemenite folklore group from Kiryat Ekron who came to the event in Be'er Sheva, dressed him in traditional Yemenite dress and led him by playing drums and dancing to the hall next to the synagogue. Many people, already adults in their eighties, got to their feet and gave him lengthy applause.

"I was a little girl when I came to Israel, but I will not forget the flight. We came in 1949, we arrived in Be'er Sheva in 1950 and we grew up and raised a family. Today I came to say thank you to this dear man, "says Rachel, who is not ashamed to reveal her age. 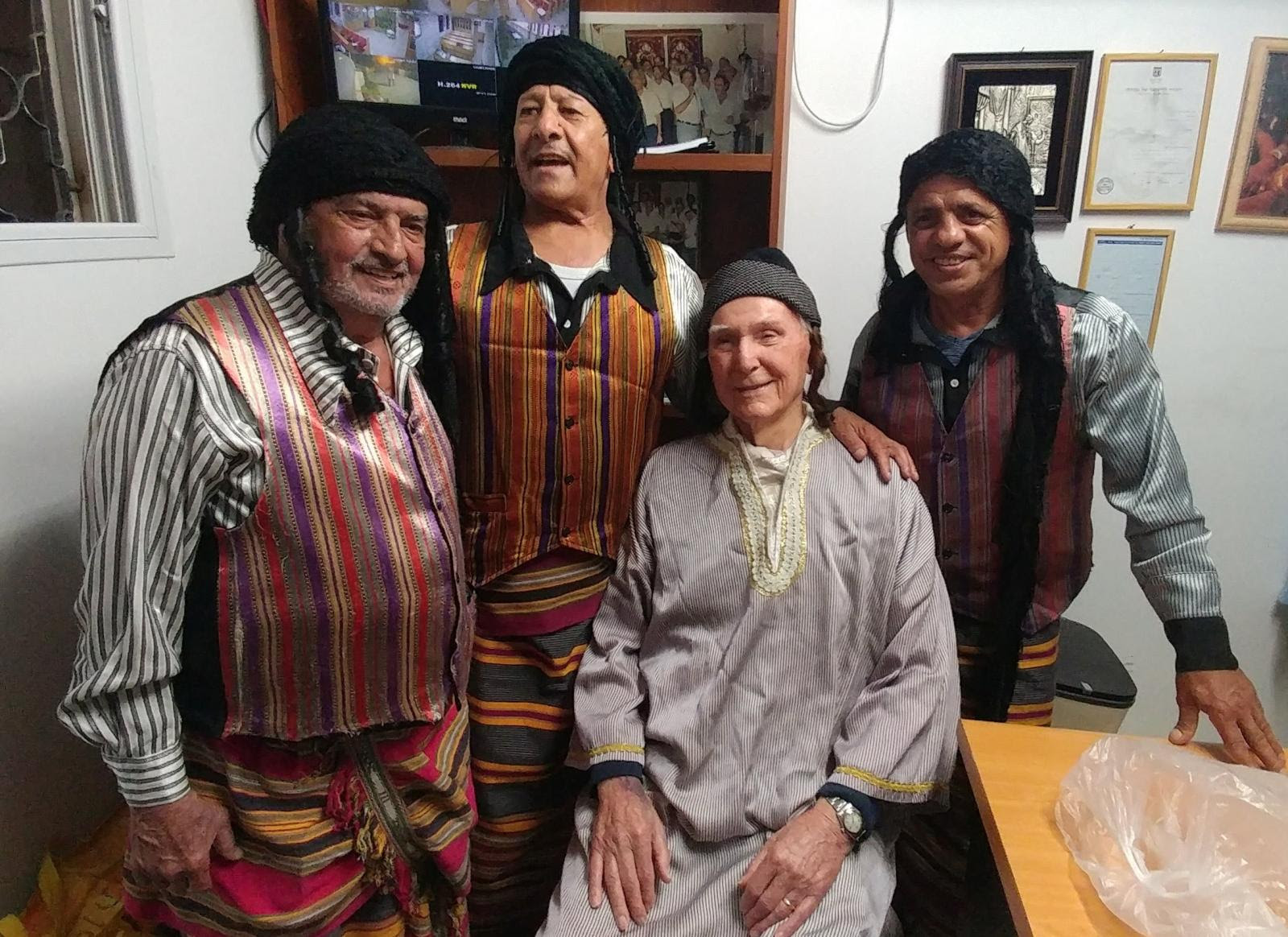 Captain Long told an amusing incident in retrospect, but not welcome at the time: "As we fly in total darkness, you suddenly smell smoke from the engine room. I went down myself to check what had happened and I saw the immigrant making tea in a teapot that he warmed with a fire, right next to the fuel tanks. "

The aliya of Yemenite Jews was made possible thanks to the airline, when Israel did not have a national airline. Only this American company was willing to fly the Jews from Yemen to Israel, with little  means. During the flight, the captain's navigational equipment failed and he navigated by looking at the sky. "When we got to Israel, I asked the control tower to turn on the lights on the runway, but there were none, because there was a war. Now, when I arrived  in Israel, I saw at the airport in Lod a picture of the airport as it was 70 years ago and as I remember it. "

"The pilot is one of the best people from the early years of the country who took a huge risk," said the initiator of the event, Dr. Yigal Ben-Shalom, chairman of the Yemenite Heritage Foundation.

A special Yemenite evening, held in honor of the pilot, was put on by the Northern Yemen dance company from Kiryat Ekron and the Be'er Sheva singer Ram Cohen. During the day, Long was a guest at Hatzerim base, and visited the Israel Air Force Museum. The visit and tours in Israel were led and accompanied by Dr. Yigal Ben-Shalom, Chairman of the Association for the Promotion of the Heritage of the Jews of Yemen, with help from StandWithUs.  During his visit, he is expected to meet with President Reuven Rivlin and visit as a guest of the Knesset, an event sponsored by Minister Gila Gamliel and others.

Long flew the plane secretly, in a bold and dangerous operation in which thousands of Yemenite Jews immigrated to Israel, passing over enemy states exactly 70 years ago, starting on the eve of the country's establishment. The second part of the operation between 1949 and 1950 brought about another 50,000 Jews.

Ben-Shalom commented: "First of all, Long is one of those good people at the birth of the country who took a huge risk for us and we appreciate his contribution because we, many of the Yemenite Jews who came to Israel and their descendants, simply owe him the success of the secret immigration to Israel. His encounter with those who immigrated and their children and with other immigrants from Yemen points to something else that is no less astonishing in the Zionist enterprise. With all the difficulty of a different culture, with all the difficulties of integration, the Yemenite Jews succeeded here amazingly. Long is so excited to meet happy, happy people who live here, families, and succeed in their professions in all areas of life. "