The answer to racism is not a return to patriarchy

Amid the controversy created by the screening of a film alleging discrimination against Mizrahim resettled in Israel's outlying development towns, this brilliant article by Ben-Dror Yemini in Ynet News says that racism demands distributive justice, not a return to the patriarchal societies of the East. This is a rough translation from the Hebrew. (With thanks: Yoel)

Most of the Mizrahim in Israel, that is, those who are called Mizrahim, are no longer Mizrahi. They do not have much to do with the East, and what they do is exactly what the third generation Poles have with the East, and what the French have with the East. Mainly music and food. Those who speak in the name of "Mizrahim" or "Orientalism" are usually the ones who have undergone a process of politicisation. You can call it "Westernization". They recommend to others what they have not adopted for themselves.


There is no dispute that there was discrimination and racism. The TV series Sallah, Here is the Land of Israel - and before that the film - presents these things. And in any case, when you look at the gaps between East and West - there is no doubt that the encounter between them created discrimination and racism. This happened within the framework of colonial control in the Middle East, and it happened with waves of immigration from the East to the West. But the fact that there was - and there is - discrimination, oppression, exclusion and racism does not make the Middle East a worthy alternative. The solution, as long as there is a solution, is not Easternisation, because one of the greatest differences between East and West is the status of women.
Compare Ashkenazi oppression and Eastern-style oppression: the first is much less terrible. It is doubtful whether any of the activists of the current protest movement would want to live under an oriental regime, that is, a patriarchal Arab one.
Edward Said, one of the most influential intellectuals of the last half-century, was more concerned with representations and descriptions of the East in the service of the West than in the East itself. The East mostly fits the descriptions of those writers and thinkers who so moulded Said. The East is patriarchal, magical, and usually primitive. That's a fact. This is not an opinion. There are also some good things there. Haredi culture has good too. So what? There is a rule that works in almost all human communities: the more patriarchal a society is, the weaker it is. The more a society discriminates against women, the lower its achievements. Most of the Mizrahim in Israel are no longer at that stage. And the more egalitarian the older Mizrahim are, the more equal they are.
In a completely distorted fashion, some of the militants who fly the Mizrahi flag supported or supported Shas, which was once a conduit for protest, but nothing good can come out of a movement that has been for years trying to promote a return to the old patriarchy. It reminds me of the coalition of intellectuals and western progressives - such as Jeremy Corbyn, Judith Butler, Gianni Atimu (?), Noam Chomsky, Slavoj Zižek and Norman Finkelstein - with the Islamists, including Hamas and Hezbollah. What they have in common is hatred of the West and an abhorrent hatred of Israel. It is anti-Semitic and destructive, and we do not have to import it here.
Israel is not Britain. But it seems to be worth looking at what happened there. Hundreds of thousands of immigrants arrived in Britain in the 1950s and 1960s. Some came from Indian subcontinent, with similar economic backgrounds. There were Hindus and Sikhs and Muslims. There was racism and discrimination, and that was how it was. Now the Hindus are at the pinnacle of achievement. In education they surpassed the white natives and also the Jews, who until recently were the most educated group. Many Muslims have also advanced. But those who insisted on perpetuating the culture with which they came - mainly patriarchy and oppression of women - were left behind. They are in ghettos. One who oppresses is depressed, just as one who strives for equality. The Muslims advanced. The others advanced even further.

All human beings are equal. Not all values ​​are equal, and not all cultures. Multiculturalism can be wonderful when it comes to music, art, art. In practice, multiculturalism has failed. The "other" remains within a cultural ghetto, with its customs and values ​​and with its culture. As early as 1999, Susan Muller Okin wrote the groundbreaking article: "Is Multiculturalism Bad for Women?" Nearly two decades have passed. The situation today is worse. Multiculturalism is bad for women, not just for women. It did not create integration. It created separatism. It perpetuated patriarchy. Muslim feminists in the West, such as Fadela Amara of France, (?) of Belgium, Sayran Atash(?) of Germany or Ayan Hirsi Ali of Holland, oppose multiculturalism. They know this is a false formula. The change will come from the liberation of the woman, not from the recognition that the culture of the "other" is equal. What did not work in the West will not work in Israel.

Prof. Momy Dahan found, in the most serious study in the field, that the gaps between Ashkenazim and Sephardim are narrowing, both in terms of income and education. The gaps between Jews and Arabs are also shrinking, but there is a significant gap between Muslims and Christians in Israel. One can assume that Christians, by virtue of their Arab identity, also suffer discrimination, but they manage to overcome and achieve impressive achievements. In the matriculation exams, for example, they pass the Jews. Is this gap between the Christian population in Israel and the Muslim one related to patriarchy? Presumably yes. The higher the status of women, the better the community does. 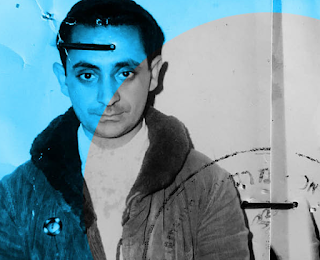 Poster from Sallah, this is Eretz Israel (English version: The Ancestral Sin). The film has been stirring controversy.

Most of the Mizrahim in Israel, members of the second and third generation, do not exactly connect with the Mizrahi identity that some people try to infect them with. They want to live in a democratic and liberal state and even, God willing, Western. It is true that there is a phenomenon of Mizrahi youth who discover their Mizrahi identity, and there is something romantic about the phenomenon, but it is mainly a protest against discrimination, exclusion and racism. This is a protest that demands distributive justice, even in the field of culture. But despite the cultural yearning for the East, and even the construction of a memory, often imagined, of harmony between Jews and Arabs in Arab countries, it is doubtful whether any of the current protest activists would want to live under an oriental regime, that is, an Arab one. It was not always that way. The East was once more advanced. The oldest university in the world, El Kerouan, was established in Fez, Morocco. But that does not change the fact that in the past few centuries the Arab East has been lagging behind.

One of the great problems of the East, which Yehoshafat Harkabi dealt with as early as the end of the 1960s, is the externalization of blame. There is no self-responsibility. They are all guilty. The West, capitalism, colonialism, Zionism. Just not the East itself. Patriarchy? Suppression of women? tyranny? Yuk. The flock of academically-blind bishops has become partners to the great deception that absolves the East of responsibility. The greatest challenge of the Arab East is to take responsibility. This does not mean that there are no signs of racism and discrimination today. We must fight for distributive justice, changing the municipal boundaries and theoretical education in places where there is still a paved road. But embracing racism, in and of itself, distances self-responsibility, and "integration into the East" is a recipe for exacerbating the problem.

There was oppression. There was racism. It is not over. But that's not the point. Between Ashkenazi oppression and oppression in the style of Eastern countries - the first is much less terrible. After all, about 70 percent of those members of the oppressive generation have granddaughters and grandchildren of Mizrahi origin. The melting pot, despite all the blows it has sustained, is what is winning. It is therefore not advisable to be impressed by the claims of the postcolonial school, which is usually anti-Zionist. This is propaganda. And propaganda is also created in academia. Reality is much stronger. And it is winning.

Read article in full
Posted by bataween at Monday, March 19, 2018