Sephardim 'would have set up another Arab country'

Had Sephardim, not Ashkenazim been first to settle in Israel, they would have set up 'another crappy kingdom' in the Middle East. This is the view of Eli Moyal, Sderot's ex-mayor, himself of Moroccan origin. Moyal's reaction, reported by Haaretz,  was part of the fall-out to the TV screening of The Ancestral Sin, a controversial documentary allegedly revealing  discrimination by the Israeli authorities towards Middle Eastern and North African immigrants.  The film has led to ministerial calls for the Jewish Agency archive to be opened, although at least one academic claims that the documentation has long been accessible to  interested parties. 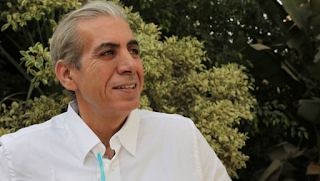 Sderot ex-mayor Eli Moyal: how many universities in Morocco?


Speaking Monday on Israel’s Southern Radio, Sderot (ex-)Mayor Eli Moyal discussed claims that the authorities, during Israel’s early years, were biased against Jews who were not of Ashkenazi, or Eastern Europe, descent. “It’s good that the Ashkenazim received the Sephardim and not the other way around, because otherwise they’d have set up another Arab country in the Middle East,” he said. “If the Sephardim had come first, this would be another crappy kingdom.”

The country's Sephardim and Mizrahim should look in the mirror, Moyal went on to say. “How many universities were there in Morocco? What did we know about the developed world? How much technology was there in Morocco? When you move cultures, the first and second generation pay the price. You can’t get away from that. The price is justified, and I understand it. In exchange, we received independence and democracy.”

Yael Ben Yefet, director of the Sephardi Democratic Rainbow, called Moyal a “racist” and a “collaborator.”

Moyal's comments were possibly related to Justice Minister Ayelet Shaked's declaration on Sunday that she intends to open the Jewish Agency’s archive to the public. Shaked, who is also in charge of national archiving, made the decision in response to the 2017 documentary series “The Ancestral Sin.”

Aired on Channel 2, “The Ancestral Sin” reveals archive documents, some reportedly shown for the first time, that show the racist, discriminatory attitudes Israeli authorities had toward immigrants from Middle Eastern and North African countries, who were relegated to development towns in outlying areas – mainly in the southern and desert areas. After the series was first broadcast, government authorities including Interior Ministry Arye Dery and Culture Minister Miri Regev demanded that the Agency archive be opened.

“There is no reason for materials that deal with the country’s history not to be revealed. We will go over the documents and recommend publishing them, as long as they do not include matters that could jeopardize state security,” Shaked stated on Sunday.

Moyal is not mayor, Alon Davidi is.

You are right, I have made the correction. So much for Haaretz's fact-checking.