We have not heard the last of what has been described as a second Dreyfus case: the French historian Georges Bensoussan is to return to court to defend himself against charges of 'hate speech' against Muslims. 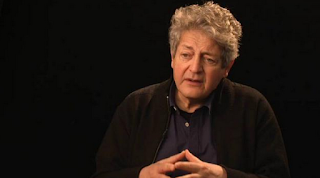 The Comittee against Islamophobia in France (CCIF)  is to appeal against the acquittal of Bensoussan for 'hate-speech'. The appeal, backed by the state prosecutor and two human rights organisations,  is to be heard in the next few weeks.

Georges Bensoussan, director of the Holocaust Memorial in Paris and author of a major work on the history of Jews in Arab Countries, was acquitted  in March 2017 for quoting during a TV debate an Arab sociologist who stated that Arabs imbibe antisemitism 'with their mother's milk' .

In an op-ed in the leading French newspaper Le Figaro, prominent figures allege that the Bensoussan affair undermines recent official moves to fight Islamist radicalisation. Indeed, it is part of 'a strategy to make radicalisation respectable.'

The magazine Charlie Hebdo, the philosopher Pascal Bruckner and the reformed Islamist Mohamed Louizi have already faced similar trials in what has been termed a 'judicial jihad'.

* In other news, the French Jewish community has welcomed the decision to prosecute the murderer of Sarah Halimi, Kobili Traore, as an antisemitic crime. Sarah Halimi was tortured and thrown out of the window of her apartment in April 2017.There were fears that the murder would be blamed on Traore's unstable mental state.


You are using quickly the title they want others to use as part of their disinformation. It is not question of « islamophobia » (sic). Apart from the young kids and weakened people who are afraid of islam, mohammedanism and all the mohammedanists with them ?
Islamophobia cannot be a concept nor a qualification. It is at most a declarative description attempting at presenting less than explaining a state (or a situation) experienced by a person – or a group of – person(s) facing or confronting jihadism.
To « breast feed or not breast feed », that is not the question. Islamism is and has always been since it was invented, fascism, the Qoran, its ideology, jihadism-terrorism its means. Cuddling it or trying to find it some « definitions » it actually rejects itself, is lowering oneself and encouraging it in its bloody milky way. What Mr Bensoussan did not.
If free speech is a principle in a democracy, telling the truth when need be - even through a metaphor, which is cultural here - is everywhere a sort of a moral and an intellectual obligation. Bensoussan contravened none of them.