US memo to Libya is licence to steal Judaica

A US move to curb the illegal trafficking of goods and artefacts from Libya becomes a mechanism for the state to 'steal' what does not belong to it. As with the Iraqi-Jewish archive, there are fears  a conflict between national and communal heritage  will legitimise the nationalisation of movable items such as Torah schools and books. The Times of Israel reports: (with thanks: Lily)

On Tuesday, the State Department announced that the US will sign a memorandum of understanding that will impose restrictions on importing ancient materials from the country. In the announcement, the State Department said the memorandum continues “similar regulations” imposed in December through an emergency restriction. The agreement, which is set to be signed on Friday, prohibits artifacts dated 1911 and earlier from being brought into the country from Libya. 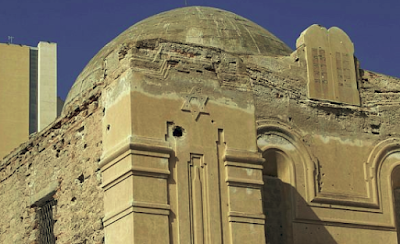 The State Department further said in the announcement that the import limitations are meant to curb illegal trafficking on goods. Jewish activists said the agreement gives the Libyan government ownership of materials taken from the Jewish community. The emergency restrictions from December list many general categories of artifacts, and specifically mention “scroll and manuscript containers for Islamic, Jewish, or Christian manuscripts.” Among objects listed in the memorandum request last year were Jewish ritual objects, including antique Torah scrolls, tombstones and books.

Gina Waldman, a Libyan Jew who is the president and co-founder of the group Jews Indigenous to the Middle East and North Africa, or JIMENA, said in a statement to JTA on Thursday that the agreement legitimized Libyan confiscation of Jewish property.

Read article in full
Posted by bataween at Sunday, February 25, 2018