'I chose the side that resettled Jews from Arab countries'

It is always a pleasant surprise to come across Arabs who break with the consensus and support Jews and Israel. Often the plight of Jewish refugees from Arab lands is a salient issue in their thinking. Read Fred Maroun's piece - he is a Canadian of Arab origin - in the Times of Israel. 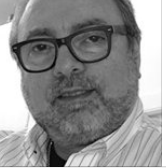 I chose to stand with a people (Jews) that defied all odds and became the only ancient civilization to reclaim its native land from imperialist invaders (Arabs, my ancestors).

I chose to support a state that managed to survive in 1947/49 against much more numerous invaders, and despite the indifference and even hostility of most of the world.

I chose to support a nation that stunned and repelled its allied Arab enemies in six short days in 1967 despite an embargo and condemnation by France which had previously been its main weapons supplier.

I chose to stand with the Jews who despite early setbacks in 1973, and despite a slow and hesitant re-supply by the US that had to overcome a flight ban by most European countries, forced the attacking Arab armies into retreat.

I chose the side that resettled hundreds of thousands of Jewish refugees from Arab lands while the Arab world refused to resettle Arab refugees from Israel so that they could be used as pawns in a never-ending war of hatred against the Jewish state. (My emphasis)

I stand with Israel because its Arab minority has full democratic, economic, and religious rights while the Arab world has made its few remaining Jews invisible and irrelevant.

I stand with the Jews because most of today’s world chooses the expediency of appeasing anti-Semitic mobs rather than the arduous road of supporting the tiny minority that deserves to be supported.

Read article in full
Posted by bataween at Thursday, February 08, 2018

I understand that Mr. Maroun is a Christian. If he is, and he's a Lebanese Arab christian, then ok. Obviously he is Arab. But if he is a maronite (i.e. phoenician), or a Lebanese Armenian or greek, then he's not. (Phoenicians, armenians, and greeks are not arabs. Thats just common sense.) He may call himself an Arab but facts are facts and facts don't change. He's either an Arab Christian or a non-Arab Christian. Just want to set the record straight.

I understand that Mr. Maroun is a Christian. If he is, and he's a Lebanese Arab christian, then ok. Obviously he is Arab. But if he is a maronite (i.e. phoenician), or a Lebanese Armenian or greek, then he's not. (Phoenicians, armenians, and greeks are not arabs. Thats just common sense.) He may call himself an Arab but facts are facts and facts don't change. He's either an Arab Christian or a non-Arab Christian. Just want to set the record straight.

I understand mr. Maroun is a Christian who identifies himself as an Arab. If he is an Arab christian, then ok. He's an Arab. But if he's maronite, copt, Assyrian, Armenian or greek, then he's not an Arab. Those peoples have no arab ancestry therefore, theyre not arabs. There are a multitude of other peoples in the middle East besides jews and arabs.

The main point is that Mr Maroun identifies as an Arab. Christians may tend to be more pro-Israel because as a minority they share a similar view of Muslim Arabs, but one can't really say that identity politics play a part:there are virulent anti-Israeli Christians such as Gilbert Achcar and Edward Said and the leading Arab nationalists were Christian, such as Michel Aflaq.

Bataween,
The anti-Jewish Arab Christians you identified are nothing in their desire to destroy Israel, compared to George Habash and his disciples. Habash and his group were Arabs from Greek orthodox denomination and were hard-line Marxist Leninists therefore high educated. These are really "la crème de la crème" of modern terrorism that Muslims and Jihadis aspire too nowadays. Habash founded the Popular Front for the Liberation of Palestine (PFLP) and his the instrumental instigator of modern airplane hijacking and airport massacres in the 1970's. He worked with impunity within the PLO.

If we are talking about terror, no one surpasses what Habash's PFLP did. His last operation was the Entebbe airline hijacking which turned out a defeat for his group. They were countless hypotheses from various sources from journalists that were written about 9/11 that Al-Quaida was greatly inspired by early hijacking of Habash, by in effect, using airplanes not for hijacking but for suicide missions.

Of course Habash and his terrorists remain unsurpassed. The Greek Orthodox Christians seem to reserve a special animus for Jews.