How an Iraqi-Jewish school outfoxed the authorities

After Iraq had declared war against the new state of Israel, between 1948 and 1951, Jewish schools in Iraq were under great pressure and in a state of continual tension.  Jews were being arrested for Zionism or Communism.  The principal of the Jewish Shamash secondary school, Meir Hayya, had this anecdote to tell: 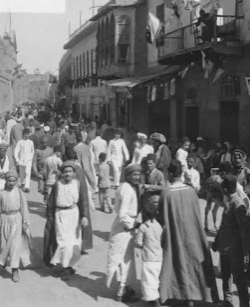 "On 15 May 1949, about 20 percent of the pupils came to (the Shamash) school.  The rest remained at home  to celebrate Israel's Independence Day. Fearing that the government superintendent would choose specifically this day to visit, I put the pupils in three classes and half an hour later the superintendent appeared. I brought him into my office and asked the secretary to ensure that the pupils would make a lot of noise outside, to create the impression that all the pupils were in recess in the  yard.

"After a while, the superintendent asked to visit the classrooms. I accompanied him on his visit to the three  classrooms, then brought him back to my room and hinted to the secretary to put the children, in different combinations, in three other classrooms, with different teachers.

"The superintendent visited these three classes, and thought he had visited six classes. When he saw that all the classes were studying, he left, satisfied. The afternoon newspapers  published articles with large headlines that the Jewish secondary school pupils had celebrated Israel's Independence Day that day by demonstratively being absent from their studies. The next day the Education Ministry published a denial, stating that the superintendent had visited the Shamash school the preceding day, and he had found that all the pupils were present in the school."