Point of No Return's Review of the Year 2017

Another year over and time for a review of the main events recorded by Point of No Return, one of the few blogs on the net to focus on news about Jews in and from Arab and Muslim countries. 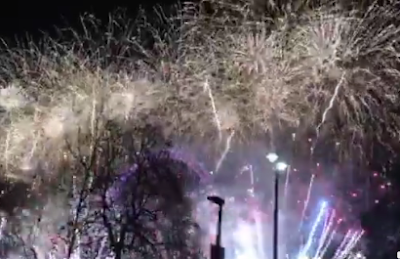 First the good news: 2017 saw the routing of Da'esh (Islamic State) from Iraq and Syria. It was also the year when historian Georges Bensoussan was acquitted for alleged hate speech against Muslims.

This year also marked a new readiness by the Egyptian authorities to preserve Egypt's Jewish heritage: $2.2 million were earmarked for the restoration of the Nebi Daniel synagogue in Alexandria. The al-Sisi government has also agreed to catalogue and repair Jewish manuscripts and Torah scrolls.

On the other hand, there is bad news regarding the Iraqi-Jewish archive, restored in the US: it is slated to return to Iraq in September 2018.

In the face of the menace of a nuclear Iran, relations between Israel and Arab regimes continued to warm up. Individual Kuwaitis and Saudis recorded their sympathies with the 'Zionist entity'. The government of Iraq is out of step with its intellectuals, who continue to express nostalgia for their lost Jewish community.

In Israel the release of thousands of documents by the  government on the festering issue of the 'Yemenite' babies who vanished in the 1950s has been an attempt to heal the wounds of the past;  the question of compensation to affected families has arisen.

Meanwhile,  the numbers of Jews in Muslim countries continue their inexorable decline: the community in Turkey maintained its downward trend. A Yemeni government minister called for the ethnic cleansing of the last 50 Jews of Yemen.

In 2017 we lost great singers such as Ahuva Ozeri and Meir Banai. The year saw the passing of Lebanese spy Shula Cohen and prominent Iraqi-Jewish journalists and scholars Menashe Somekh, Salim Fattal and Shmuel Moreh in Israel, as well as Sylvia (Haim) Kedourie in London.

This year marks the 50th anniversary of the Six Day War, and Jews who still lived in Arab countries in 1967 have been remembering the terrible repercussions of the Arab defeat: riots, torture, imprisonment and hangings.

The year ended with unrest in Iran against the Ayatollahs' regime, promising long-awaited change for the people and minorities of Iran.

Point of No Return reported on the increasing awareness of the Jewish Nakba in Israel and the diaspora: for the first time, the film Remember Baghdad gleaned mainstream media coverage of the plight of Iraqi Jews. This year also saw the publication of Uprooted, the 'book of the blog'.

WISHING ALL PoNR READERS A VERY HAPPY, PROSPEROUS AND HEALTHY 2018!