Alexander Aciman: 'Am I French? Sort of'

Alexander Aciman provides an  antidote to the fashionable identity label 'Arab Jew' with this tribute to the powerful influence of French culture on Jews who went to the schools of the Alliance Israelite Universelle in Arab countries. But France can no longer protect Jews, he argues.  Read his column in the New York Times. 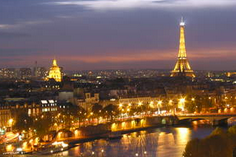 I have spent my entire life trying to explain to people why I speak French, why I grew up speaking French with my father and grandparents, why at least half of my phone calls involve some shouting in French. “Are you French?” they’ll ask. “Sort of” is usually the best I can do.

My confusing family history and the reason I speak French begins in the 1860s, when Adolphe Crémieux, a Frenchman who would go on to become minister of justice, founded a Jewish organization called the Alliance Israélite Universelle and started what it called a “civilizing mission” aimed at teaching Middle Eastern Jews how to speak French and inducting them into French culture. The Alliance opened schools in Turkey and across the Maghreb, and by 1900 had almost 30,000 Jews in its tutelage.

The mission’s aftershock was that foreign Jews felt French even though some might never even step foot in Europe. For French-speaking Jews around the world, the Alliance promised something as powerful and as compelling as the American dream. But it wasn’t just language that the Alliance gave to Jews. They read all of French literature and studied the history of France as one studies their own national culture and history. As a child in Alexandria my father read from a book called “Ma première histoire de France,” “My First History of France,” a book that he would eventually pass on me.

I inherited this French dream. Though my siblings and I were born and raised in the United States, my father made sure we spoke the family language. I feel most at home when I am in France, where I get to speak the language that I dream in. Like a sap, I get choked up when they sing “La Marseillaise” in “Casablanca.”

But things are not so dreamy for Jews today in France. The country is struggling to maintain and protect its large Jewish population, the third largest in the world, which has been dwindling precipitously thanks to the wave of anti-Semitism that has gripped the country over the past decade. In 2015 — the year of the Charlie Hebdo attack — 8,000 Jews left France and headed for Israel.

Read article in full
Posted by bataween at Tuesday, January 30, 2018

Since the source of this article was the New York Times, one shouldn't believe every word that was written. Did the AIU really state that they were on a "civilizing mission" to the jews of North Africa and the middle east?

Yes it was French cultural colonial policy, a 'mission civilisatrice' to the benighted natives. The AIU was very much in sympathy with this idea, although its remit was just the Jews.

No, the Aiu never stated that they were on a civilizing mission. Their goals, as stated in the founding document (Appel of 1860) was to stimulate Jewish regeneration which would eventually lead to emancipation in those countries where they were second class citizens and regularly persecuted and marginalized. Just like the founders were emancipated in 1789.

To say they were on a French cultural colonial mission is sheer slander. How could you say that, when the first school was founded in Morocco half a century before the French Protectorate.?

Hi Sylvia, while I would agree with you that the AIU's main objective was the eventual emancipation of the Jews of the Middle East and North Africa, there is evidence that they were also on a 'civilising mission'. Jenny Hirsch-Manuel, wife of Eugene Manuel, one of the six founders, wrote in 'Souvenirs'(p.30): "Bien des annees avant la fondation de l'Alliance francaise ...Manuel etait hante par l'idee d'importer en Orient la civilisation occidentale au moyen d'ecoles destinees a tirer de l'ignorance des milliers d'enfants israelites qui croupissent dans la paresse.'
(Histoire de l'Alliance universelle de 1860 a nos jours'p 48)
It is also interesting that in the early 1900s the French government started to subsidise the AIU, at first discreetly, then openly, through the French foreign ministry, in view of the AIU's role in spreading the French language (op cit, p.60).

Eugene Manuel was a pedagogue and the author of the textbooks used even in France. It is quite normal that he would think of schools. But Eugene Manuel was not the sole founder, and with all due respect, what you said is not in the 1860 founding text, and that is what matters. The rest is speculation.


And there is a big leap from "importer la civilisation occidentale" to "French cultural colonial mission". Now frankly.

Let us not forget it was about also instilling vigor in Judaism as well. We speak about French but we forget there was also a heavy Judaic program as well.

The AIU may been about instilling vigor in Judaism, but sooner or later instilling the values of the Enlightenment was going to clash with that objective, and in my view, it ended up by loosening the bonds that tied its pupils to religion. That certainly happened in my own family.

In what specific way was the aiu responsible -and not the model of lifestyle offered by the european colonizer as well as their opening job markets where work on Shabat was mandatory? Not to mention the opening of public secondary education where we had to study on Shabat as well.

It is a fact that many Moroccan families preferred to deny secondary education to their children rather than see them go to school on shabat. But we were all practicing Jews all the time we attended AIU schools.

Take it from someone who has been there, done that: you're wrong.


According to this paper
http://summit.sfu.ca/system/files/iritems1/8551/etd1694.pdf
in its early years the AIU encountered fierce opposition in Tetuan and Tangier, where the rabbinical authorities accused the school of 'de-judaising' the youth, and even threatened their excommunication if they attended it. The rabbinical council in Baghdad also threatened students in Baghdad with excommunication in the 1860s. A report written by the British consul in 1910 suggests that the AIU had an erosive effective on the power of the rabbinical authorities. The AIU put into motion an undeniable process of secularisation and for this reason was never allowed to establish itself in India. It may have been different in Morocco where families seem to have maintained a high level of observance, but my mother at the Alliance in Baghdad does not recall receiving any Jewish education whatsoever. The history she learned was the history of France and in literature lessons she was taught about Voltaire, Moliere, Malherbe and Racine. Contrary to Morocco, the children did not attend school on Shabbat. There may well have been variations from one school to another and from country to country, but others could have experienced the AIU differently from you, Sylvia.

Why do you mean by "contrary to Morocco, the children did not attend school on shabat"??

The Alliance schools were never opened on Shabat.
But PUBLIC schools (the alliance didnt offer secondary education and therefore those who wanted to continue their studies had to go to public schools or French private schools) conducted classes on Shabat. To this day, all Muslim countries have classes on saturday except Jewish schools.

The program, the books, the contents and even the school buildings of the alliance were the same everywhere, from Iran to Morocco. The teachers, the principals, were sent to different countries wherever there was a need.

The Rabbis wanted the Hebrew /religion classes to be in the local respective traditions and the religion/hebrew teachers to be locals. They were afraid the Reform movement enters through the back door and they therefore monitored very closely what was taught.

Your mother may not recall, but I recall very well who was my first Hebrew teacher at the Alliance.
Maybe because he went on to become and still is the Sephardi Chief Rabbi of Quebec.

The notion that Emmanuel Levinas who was the Chief pedagogue of the Alliance schools for many decades, and who formed our principals in religion, who gave lectures on Maimonides and who was himself a religious man, would suppress religion from the Alliance schools is simply puzzling.

Last but not least, that two Rabbis were among the signatories in 1860 couldn't have been mere coincidence.

by the way, do you know who taught hebrew at the Jerusalem aiu school(Ottoman empire, 1880s)? No other than Eliezer Ben Yehuda, the father of modern Hebrew.

So apparently, the aiu not only offered Hebrew and Jewish studies, but the teachers they hired for that job were outstanding in their fields and promising men.

I don't doubt that the AIU chose the best teachers in the field. My mother recalls that Hebrew was banned soon after she started school in Baghdad of the 1930s as a result of Nazi influence and the ban could have extended to Jewish studies. That's one possible explanation, anyway.

I just asked a cousin of mine who went to the same school and who is a few years older than I am if she remember a Hebrew teacher. She remembered two, by name.

So ask your mother's to talk to friends or relatives who attended the same school. We don't remember all the teachers we had.

I don't doubt that there was Hebrew taught at the AIU in Morocco, but there was a situation specific to Iraq resulting in a government ban on the teaching of Hebrew in the 1930s.