In response to President Trump's decision to recognise Jerusalem as Israel's capital, Palestinan Authority chairman Mahmoud Abbas made a bombshell speech  on 11 January to the PLO Central Council. Many commentators (here,   here and here ) have  condemned his outrageous comments - among other things, asserting that Israel is a colonialist project that has nothing to do with Judaism and that the Jews of Europe preferred to stay and face slaughter in the Nazi Holocaust rather than emigrate to Palestine. 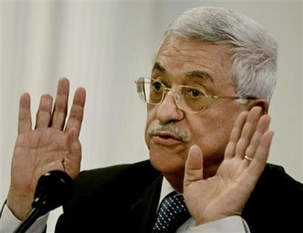 "When they occupied 78% of Palestine, they were only 650,000 Jews. What were they to do? They said: We need Jews. But the Jews refused to come. Ben-Gurion did not want to bring the Jews of the East."

This is a re-statement of the propaganda canard that Israel needed the Mizrahi Jews to populate the land and as a source of cheap labour.

This fabricated quote by Ben-Gurion contradicts genuine statements he made, such as : "there is no reason to think  that Jews from North Africa, Turkey, Egypt, Iran or Aden are fundamentally different from those of Lithuania, Galicia and America. They have deep inside that pioneering spirit..."

Abbas paints a false picture of reluctant 'Arab Jews' forced to emigrate to Israel.
"But when he (Ben-Gurion) saw how vast the [newly occupied] land was, he was forced to bring in Jews. The Arab Jews did not want to come either – not from Iraq and not from Yemen. From Yemen, in 1949, TWA airplanes... TWA was owned by... By Somalia? By whom? TWA took 50,000 Jews from Yemen to Israel."

Why the airline TWA, of all carriers, should suddenly pop up in Abbas's speech is quite bizarre (Alaska Airlines was responsible for airlifting the Jews of Yemen to Israel). Presumably, the reference to Somalian ownership is sarcastic. Everyone knows TWA was US-owned.

"It was called Operation Magic Carpet. That was its code name. But these 50,000 were not enough, and they turned to Iraq. In Iraq, there was a huge reservoir of Jews, a wealth of Jews. So they reached an agreement with Nuri Al-Said, Allah's mercy upon him, and with Tawfiq Al-Suwaidi, Allah's mercy upon him too..."

Here Abbas's mendacious version of history promotes a conspiracy between Zionists and Arab regimes (reminiscent of Ken Livingston's allegation that Zionists made a pact with Nazis). It  denies both countries' records of anti-Jewish persecution, which included forced conversion to Islam in Yemen and pogroms such as the 1941 Farhud in Iraq.

"They reached an agreement that they would strip the Jews of their nationality, and force them to leave. Thus, 150,000 Iraqi Jews were driven out and sent to Israel. They did not make do with this. They gathered the Jews from all the Arab countries – Morocco, Algeria, Tunisia, Libya, Egypt, Syria, Lebanon – and did not leave anyone behind. They transferred them all to Israel."

It is galling that not only did Abbas get away with such brazen lies, but that the western media covered for him, choosing to omit or whitewash his distortions.

I am puzzled, if Abbas is even sane in his twisted mind. He looks like a clown devoid of any rational tendencies. I am glad he is still speaking aloud with his overt and grandiose historical revisionism, because the more he speaks the more the world will delink with defunct Fatah Palestinian cause which I hope now it's in last leg.

Hundreds of innocent women and children were poison gazed (and maybe still are) in Syria and this cretin is still blowing the horn of contempt, deceit and genocide against the Jewish people.

Why can the great rabbis/sages of Israel curse this cretin to oblivion...