An authority on Arab culture and history and fervent critic of Israeli internal politics, Nissim Rejwan, who has died aged 93, was part of Baghdad’s political and cultural élite. He went to Israel in 1951 under forced Jewish immigration, where he held notable academic and political research positions. Emile Cohen wrote this obituary in the Jewish Chronicle.

Rejwan was born in Baghdad, the seventh child of Baruch, a carpenter, and Lulu Rejwan, who had six children, two boys and four girls. From the age of three Rejwan learned to take his father, who had lost his eyesight before he was born, to the synagogue, the barber and elsewhere, and his father taught him Hebrew and arithmetic. The family struggled to make a living.

After primary education Rejwan, aged 15, attended night school, working as a bank clerk during the day and also developing a passion for English and French literature. On completing his secondary education in 1946, he became the art critic for the English language Iraq Times. Baghdad in the 1940s was a small city and few could read the foreign books sold in the three or four bookshops specialising in English and French literature where Rejwan, as a young man spent his time. In 1946 he was appointed manager of a newly opened political and cultural society . There he came to know many of the country’s intellectuals with whom he formed close relationships, becoming part of the prominent literary intelligentsia in Iraq. It appears from his memoirs that there was genuine conviviality within this multi-ethnic group. 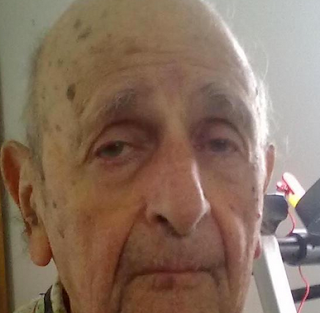 In Jerusalem he attended the Hebrew University, studying Islamic Civilisation, Medieval History and International Relations until 1956. He became a staff writer and book reviewer on the Jerusalem Post until 1996. He also became news editor at the Israel Broadcasting Service in Arabic. In 1966 he joined Tel Aviv University and and was appointed Research Fellow, Political Analyst researching Middle Eastern Studies. He also  worked as a researcher in an American university.

Between 1971-73 he was founding member and one-time chairman of the Association for Civil Rights. From 1996-2014 he was a Research Fellow at the Harry S Truman Research Institute for the Advancement of Peace at the Hebrew University.

As a political analyst Rejwan wrote several books and articles acclaimed for their historical and cultural contributions to Iraqi Jewry. His autobiography The Last Jews in Baghdad was considered his most successful, describing  his life in Baghdad in an age of mixed enlightenment and tribulations, when a very strong bond existed between the members of his literary group. Last year the book was translated into Arabic and published in Iraq. He was very proud of his spiritual affinity to Iraq and of being an Arab Jew, stating in his preface that the Iraqi people may have lost the memory of Jews in Baghdad, but the Jews never forgot their mother country.

The Jews of Iraq: 3000 Years of History and Culture is considered the most authoritative history of Iraqi Jews and an important research source. His 2015 memoir To Live in Two Worlds is a moving account of the nostalgia he felt for his birth-place. Rejwan wrote several books on Arab society, including Arabs Face the Modern World, Arabs in the Mirror, Nasserist Ideology, Jews and Arabs, and Arabs Aims and Israeli Attitudes. However, he reserved most of his criticisms for Israel in such books as Israel’s Place in the Middle East, which won the National Jewish Book Award, Israel in Search of Identity, Outsider in the Promised Land, and Israel’s Years of Bogus Grandeur.

Read article in full
Posted by bataween at Monday, December 04, 2017

If mr. Rejwan was "proud of...being an Arab jew", that means he was just as racist as the ashkenazi elite in israel. The arabs are occupiers and colonizers in Iraq (as with much of the rest of the middle east) and have brutally ruled over the indigenous assyrians, kurds/yazidis, and "marsh arabs". Did he really identify with the arab occupiers?